General News
Research suggests in the feud between Melbourne and Sydney, both can fuck off
May 11, 2021 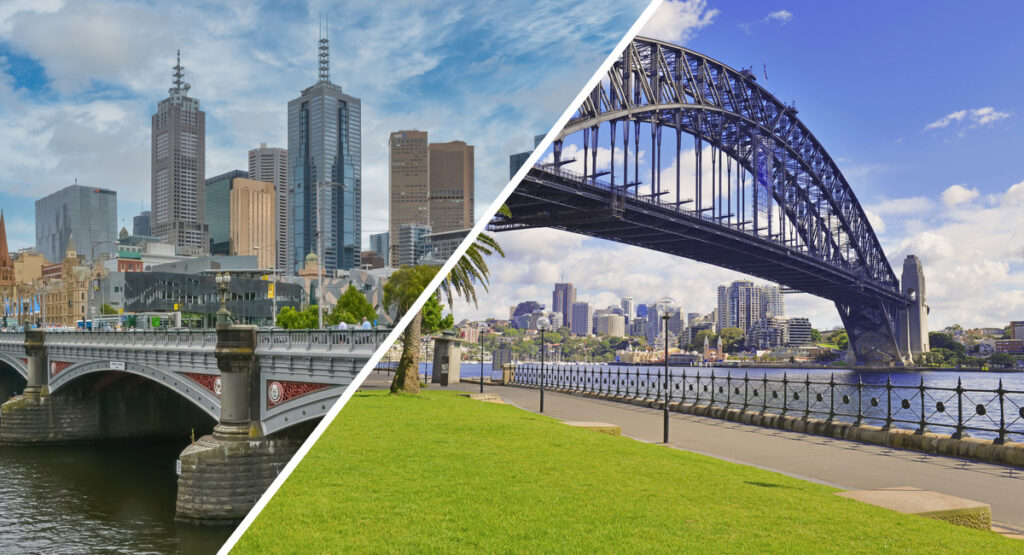 As the ongoing feud between Melbourne douchebags and Sydney fuckwits rages on for some reason, new research has shown that the majority of the country has taken the side of ‘both of them can fuck off’.

This research was conducted as a joint effort by researchers from Melbourne and Sydney who both claimed they were doing it because they ‘don’t actually care about the feud and think it’s silly, so why not just find out once and for all which city is better then they can stop this silly argument’. The poll was originally formatted as an ‘either/or’ style with choices being either Sydney or Melbourne however ‘both of them can fuck off’ was the clear winner by write in vote.

“We don’t know how this happened,” said the researcher from one of the cities we aren’t sure which one, “how did over half the respondents write in the same answer? We checked online there wasn’t an agenda to mess with the poll, it just naturally took a clear majority. Worst of all 2nd and 3rd places were also write ins being ‘we get it, just shut up already!’ and ‘Oh my god I don’t care’ respectively.”

“It doesn’t make sense, did they even consider how great it is here? We have live performances, a rich culture, historic sites, some of the best sport in the world, beaches and lots of places to eat. We have this unique thing where some days it’s hot and other days it is cold, we can have wind and some days it might rain at one point and a few hours later be sunny, that’s the sort of weather you only get in this city.”

“I will admit they have some nice places there too, but it’s the people that get me. Smug, annoying, self-absorbed, I mean they act like all of Australia revolves around them but they refuse to deal with the major racism issues in the city. I admit we have people like that here, but unlike them we have self-awareness. Also good luck ever trying to by a house there.”

The researchers also have asked which capital city is the biggest shit-hole but sadly Adelaide and Canberra meaning that debate will also live on.