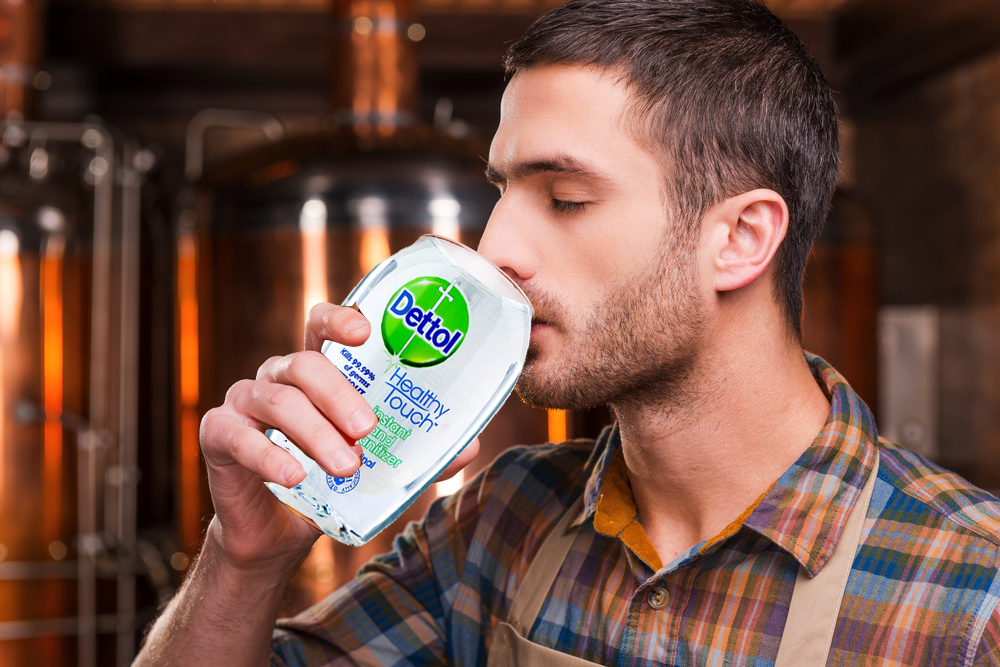 With restrictions lifting across Australia, hand sanitiser factories have been called on to do their patriotic duty, and immediately switch production to booze.

Hand sanitiser manufacturer Dettol announced they have repurposed their factory to produce white-label gin. “It’s as rough as arseholes but we all need to do our part.”

“We’ll be making Vodka Cruisers as well,” said a spokesperson, “but they’re easy because you just have to add water and food colouring to the hand sanitiser.”

The shift comes as lockdown restrictions are being loosened across the country, with authorities worried that the massive surge in the consumption of anything and everything in pubs and clubs across the country, will be met with toilet-paper-like shortages. If that happens, the Australian Defence Forces will be mobilised to invade New Zealand and steal all their booze.

Disposable glove manufacturers have also agreed to switch from gloves to other rubber-based ‘personal protective equipment’ to offset the effects of the surge in alcohol consumption in the newly-released population. A spokesperson for Ansell claimed the change would be easy, saying “You can basically chop up the gloves. Most blokes don’t really need much more than the thumb.”