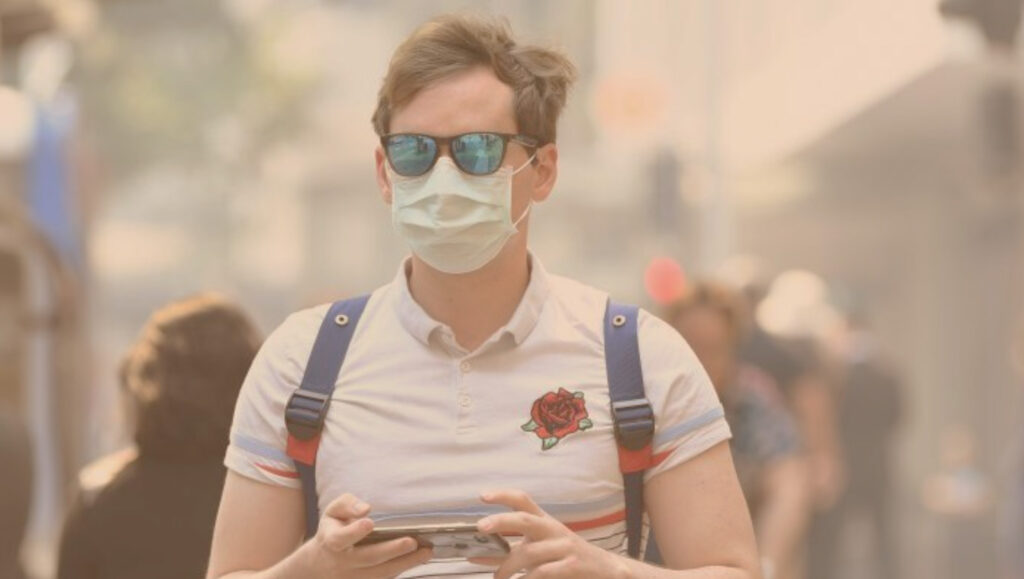 The United Nations panel on Climate Change have today released their direst warning yet about the state of the planet, after a middle aged white man was spotted voluntarily wearing a medical facemask while walking the streets of Sydney.

“Even in the midst of the Swine Flu epidemic we didn’t see things reach the dire level where white people were willing to put aside their fear of non-conformity to protect their own health and wellbeing,” said the head of the UN panel. “Not during high pollution warnings, not when traveling on public transport with a cold, hell even when they were staying in hospital literally surrounded by disease nobody could convince those pig headed so-and-sos about the benefits of facemasks.”

“Now the fact that white middle-class Australians are no longer displaying symptoms of she’llberightis in the wake of the current disaster is deeply, deeply worrying.”

However, the panel report that the need to wear facemasks is still not enough to make the average person actually take action on climate change, with the prospect of slightly modifying their lifestyle to prevent the certain destruction of the planet considered too much of a hassle by most people. “Yea, nah, yea… nah” said one man on the street wearing a facemask when asked if he would be attending the climate rally on Wednesday, “Like, nah, that sounds a bit pointless ay? Like I’m pretty sure the pollies have got this.”

Asked whether they have got this, Australia’s politicians agreed they “absolutely do”, before signing off on another coal mine.