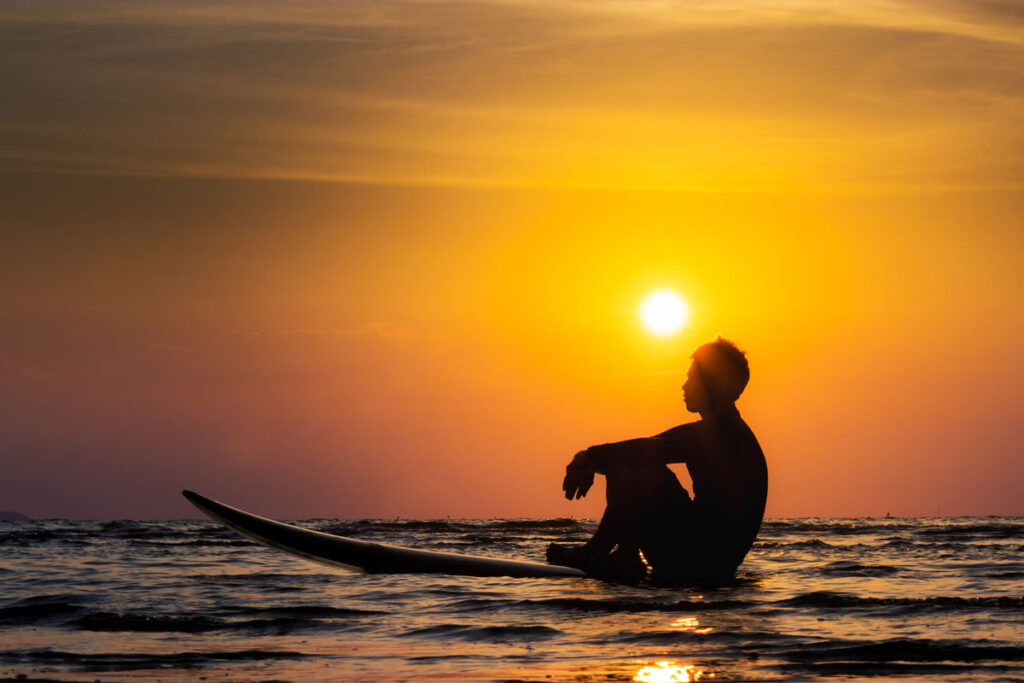 Local man Mike Morrison claims he has discovered the secret to a clear mind and a healthy body, and though it may surprise you to hear it, he believes the answer lies in something as simple as a daily morning surf. “Theres something magic about being out there in the ocean,” says Mike in his new book The Zen of the Sea. “It’s not something you really understand until you do it, but swimming out to the back of the waves as the sun rises over the horizon, it really clears my minds of any thoughts that don’t involve the fact that you’re currently floating unprotected in a body of water filled with millions of murderous apex predators.”

“For two hours each day I get away from the troubles of the world and just sit there silently in the water, reflecting on all that sharks that are probably circling me under the water. Great white sharks, hammerhead sharks, bull sharks. Not once did I think about my gambling problem and how much money I owe to that dodgy loan shark.”

Mike also says that the ritual of swimming out to certain death each morning helps provide perspective on the little issues that come up in life.

“Sometimes you’ve got to stop thinking about mortgages, your kids, your wife, your mistress, the fact that your wife knows about your mistress, and just spend some time remembering that at any moment all those seemingly insurmountable issues could just disappear in a large pool of frothing red liquid. It’s a comforting thought really.”

Mike’s friend Dave has also contributed to the book, pointing out that you can reach a similar state of zen through taking up a daily yoga routine. “For an hour every morning, I’m able to clear my mind completely,” writes Dave, “of any thought that isn’t about of how attractive women can look in yoga pants.”