General News
Sydney man slain by co-workers after saying “Marge, the rains are here” non-stop for a month
March 25, 2017 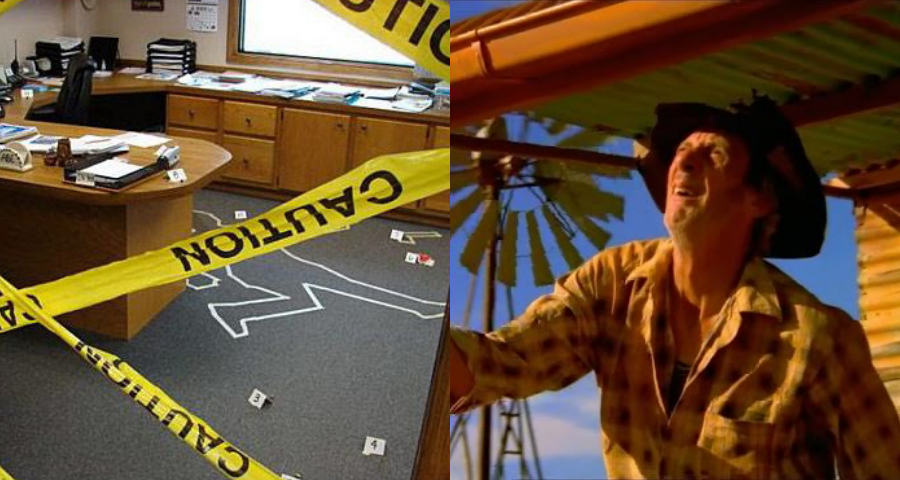 NSW Police have detained the entire office staff of an inner-city promotions company after the murder of IT worker Michael Speer, 38. Reports suggest that Mr Speer’s co-workers snapped after he repeatedly quoted the mid-90s McCain ‘Super Juicy Corn’ ad, yelling “Marge, the Rains are here” to excess during the recent poor weather.

“You’d walk into the office in the morning, drenched and struggling with your umbrella, and he’d be straight into it,” one employee told Police. “Then you’d have to listen to him say it again and again as each member of staff walked in. I’m only 22, so I didn’t even get the joke. Who the hell is Marge? I thought he was having a stroke.”

Investigations have revealed that the McCain ad was merely one of a number of 90’s commercial references Mr Speer would recite ad infinitum. His wife had already left him out of frustration, not being able to keep any decore shampoo or bananas in the house. “Make those bodies sing? He can sing in hell now,” she said upon finding out.

“I’d ask him how he was going and he’d sing ‘I feel like a Tooheys or two’,” said manager Derrick Hickey. “I chuckled the first time and never heard the end of it. Then there was that sexual harassment complaint after he told one of our receptionists that one day she was ‘gunna get caught with her pants down’ at the Christmas party.”