WRITTEN BY
Dom Knight and Mark Anning
For The Chaser 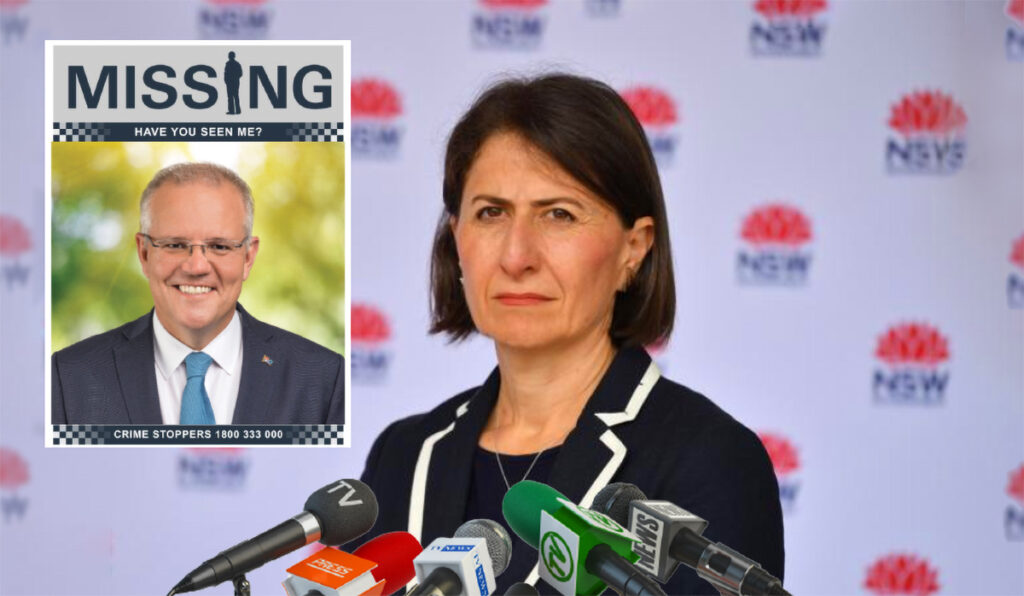 By Dom Knight and Mark Anning

The New South Wales government has today reiterated to citizens that it is imperative that they stay home and isolate only with household contacts, unless they are the Prime Minister, in which case that particular person should really make an effort to be seen in public more.

“We know that this disease is hiding out there in the community somewhere,” explained the NSW Premier today. “So if you see him please tell him to call us because he’s supposed to be organising the vaccine rollout.”

“We really want to emphasise to the Prime Minister that our limit on being in a room of no more than 10 people doesn’t apply to press conferences. Just because 10 journalists turned up doesn’t mean you can just go home.”

“If anyone has seen him, please be sure to call crime stoppers, his family are worried and colleagues report he hasn’t turned up to his job for days.”

“Our last confirmed sighting was at a restaurant in Engadine, where he was seen wearing a blue shirt and brown pants. After that and a brief stop over at Bunnings to purchase a chicken coup, he was seen entering a travel agent and then the trail goes cold.”

Friend suggest he may be in the company of a Mr Pfiezer Vaccine, who also went missing earlier in the year. Fearing the worst, police have organised a search party to comb the beaches of Hawaii.