General News
Take The Chaser’s FFS Quiz: Can you guess the Australian politician based on their scandal history?
March 31, 2021 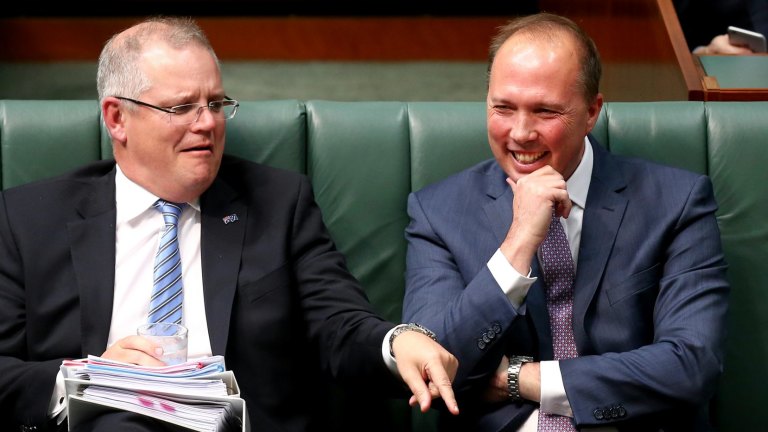 Many prominent Australian politicians have had scandals throughout their careers, but can you name them based on scandals that are genuinely real?

QUESTION 1: This politician was condemned by the UN for breaking international law in their time as Immigration minister in regards to treatment of refugees, was fired from their previous career for spending $184m of taxpayer money on private contracts without approval, and is the living proof rich straight white guys fail upwards in life?

QUESTION 2: This politician has called refugees of colour and ‘Africans’ criminals but offered white-South Africans refugee status they didn’t ask for, once ‘joked’ that issues in the Pacific Islands don’t matter because rising sea-levels will kill them soon and accidentally texted a message calling journalist Samantha Maiden a ‘mad fucking witch’ to journalist Samantha Maiden?

QUESTION 3: This politician commented “Great work Angus’ on his own Facebook post, produced a forged document purportedly from the City of Sydney Council, gave $80m in funding to his mates for drought relief water they never delivered and claimed in parliament that he experienced ‘cancel culture’ at uni when Jewish journalist Naomi Wolf wouldn’t let him have a Christmas tree, which he later denied ever saying when it was pointed out he didn’t go to uni with her, and then claimed he couldn’t be anti-semitic because he was related to a Jewish guy?

QUESTION 4: This politician locked up a refugee former-soldier and tried to sue the appeals tribunal over the case which led to a federal judge calling him a criminal, was once found in contempt of court but avoided punishment by apologising, and he also said that the cost of child-care went up but the rebate didn’t need to because the difference wouldn’t lead to costs going up somehow? He also opposes same-sex marriage because it ruins traditonal marriages, while at the same time ruining his own marriage by having an affair.

QUESTION 5: This politician was in charge of the Cashless Welfare Card system, said the AFP raiding journalists without warrants wasn’t going far enough and skipped the session which revealed the findings of the Royal Commision into the sexual abuse of children so that he could go play cricket with the boys?

BONUS QUESTION 6: This Front-Bencher has had major conflicts of interest, defended a workplace culture full of sexual harassment/assault and believes the class divide is a myth?

Any front bencher at all.

So how did you go out of 6? And at what point did you first scream ‘for fucks sake’ out loud? If it was anytime before Question 4, you get a bonus point. Congratulations!

Now get your friends to do the quiz and compare your results!