WRITTEN BY
Sam Pesaturo
For The Chaser 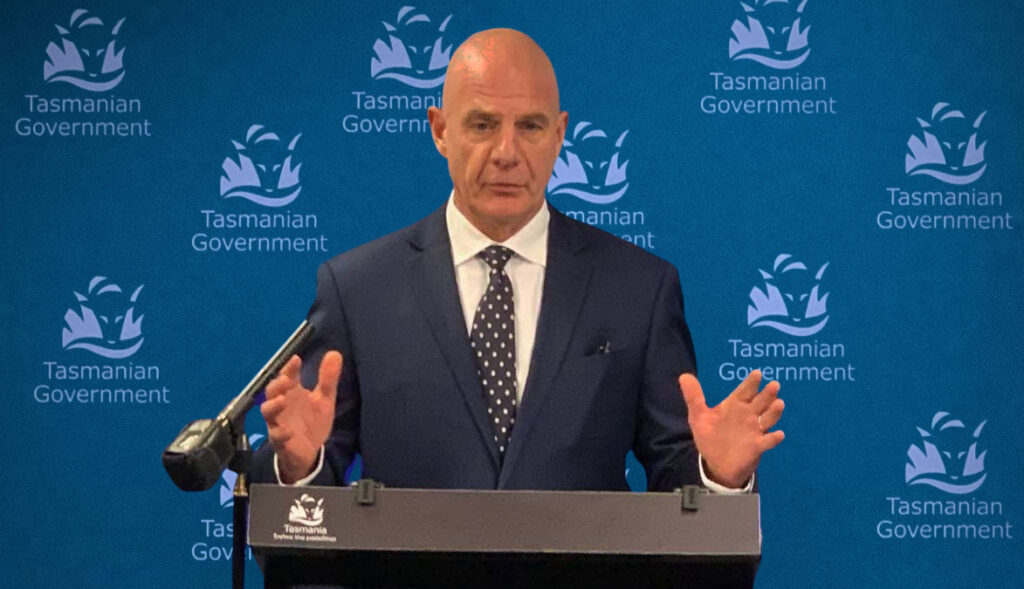 Tasmanian Premier Peter Gutwein has today called a 5pm press conference to announce nothing in particular, after feeling fed up that the other states are getting all the attention.

“Typical, after years of everyone making fun of Tasmania for being behind the rest of the country, for once we’re leading the pack, and no one gives a shit,” he opened in a bizarre tirade. “I haven’t got to do one of these all pandemic. Gladys gets to do one every week, and Dan’s becoming an insufferable brag. I just want to announce something.”

Asked if there was a point to the press conference, or if the press can just go home, Gutwein started pouting. “Fine, you want restrictions? Okay how about this, all three attendees will have to wear masks at the festival of Voices. And you know something else? Footy’s cancelled. See, I can be a mean Premier too.”

At this point Gutwein broke down into tears, and the Premier’s aides apologised to the Auslan interpreter for wasting her time. “I just want someone to care. It’s not my fault we have the highest vaccination rate. I just want to be relevant,” he finished, pounding the podium.

The South Australian Premier also announced a pointless press conference, but no one cared enough to report on it.

WRITTEN BY
Sam Pesaturo
For The Chaser