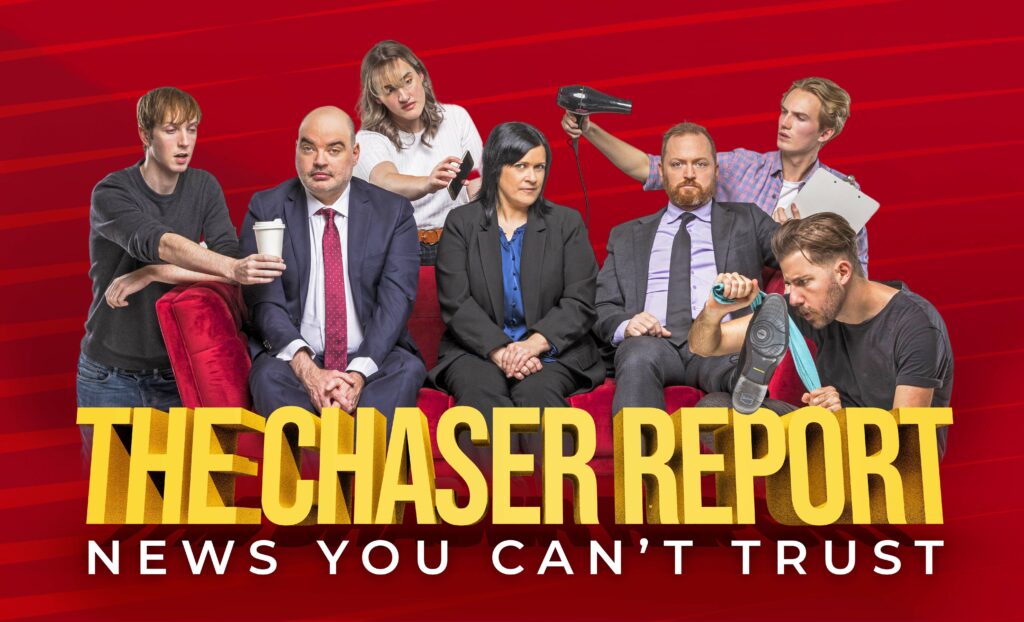 Join The Chaser Report team live on stage, including Charles Firth, Dom Knight, Rebecca De Unamuno and the Chaser interns, Gabbi Bolt, Aleksa Vulovic, Lachlan Hodson and Zander Czerwaniw. We’ll record segments from our show, play quizzes with the audience, and dissect our latest prank plus special guest appearances to be announced closer to the time. If there’s only one podcast festival event you go to this year, make it the 7Am podcast. That’ll be really interesting. But if you go to more than one, come to this one!

ABOUT THE CHASER REPORT

Are you sick of news you can trust? For over 200 years, The Chaser has been the world’s leading source of news you can’t trust. Now daily in 2021, The Chaser Report is hosted by original Chaser co-founders Charles Firth and Dom Knight each day, with Rebecca De Unamuno delivering all the latest Chaser news headlines.

They are joined from time to time by more talented, less available contributors such as Craig Reucassel, Zoe Norton Lodge, Sami Shah, Andrew Hansen and Nina Oyama. There will also be appearances from the almost-notorious Chaser Interns.