loading...
General News
Waterbombing aircraft loads up on fresh tank of bibles to fight fires
1st of your 1,000,000 free articles this month 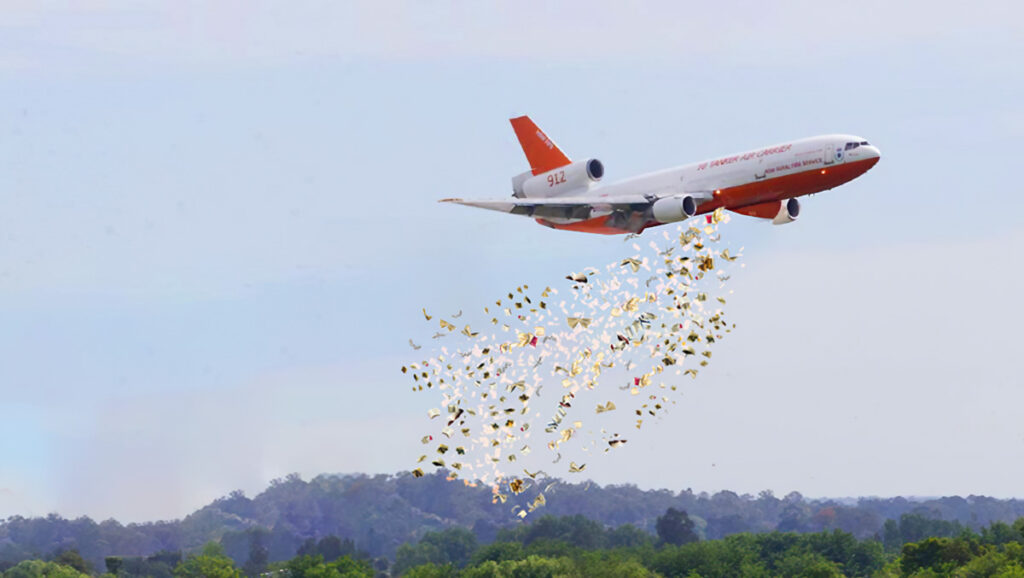 With fires continuing to burn out of control along the east coast of Australia today, the RFS have announced a new innovative strategy to bring the blazes under control. Inspired by the decision by the Prime Minister to send thoughts and prayers to fight the fires instead of dealing with climate change, a waterbombing aircraft in Queensland has forgone the classic load of water and instead been loaded with a pallet of King James Bibles.

“Look where water has gotten us fighting these fires” declared Prime Minister Morrison today. “Hundreds of years of putting them out, and they’re still here. We’ve tried everything at this point – opening more mines, rejecting science, we even tried banning gay people from getting married. None of it worked. Now it’s time to go for real solutions, something that will work. God.”

While initial trials have not been particularly successful, after many of the bibles simply contributed kindling to the fires, more recent attempts at using holy water have proven surprisingly effective, with priests from around the country being flown in to help bless the nation’s fire trucks. “Just goes to show you don’t need ‘science’ to deal with climate problems,” commented Morrison this afternoon. “Sometimes all it takes is a little faith, a little prayer, and 20 gigalitres of sanctified water to wash the bad gay marriage vibes away. Which of course is the real cause of all these fires.”