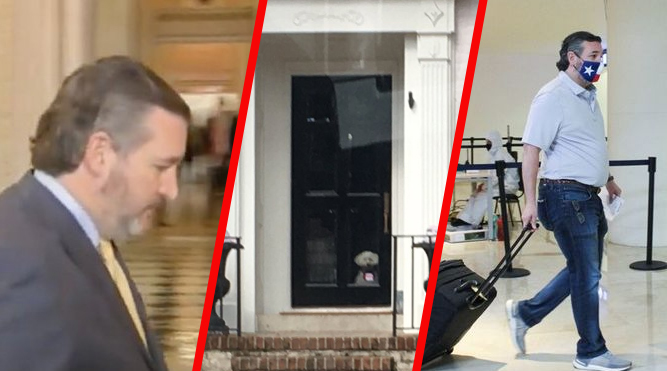 The Biden administration has today been forced to declare Ted Cruz a national disaster, following a string of terrible choices that saw the Senator incite an insurrection against the United States, grow a mullet, and then flee his state for a holiday in Mexico during a statewide crisis.

“Dude’s a mess,” announced a solemn Biden this afternoon. “Honestly if your decision as a 50 year old to get an Eshay haircut isn’t the worst thing you’ve done in one week, maybe it’s time to re-evaluate your life choices.”

Cruz, however, has hit back at criticism, asking what exactly people want him to do. “It’s not like I could be out there on the front line helping people,” said Cruz, as New York senator AOC raised $2 million in relief funding for Texans while also helping out at a soup kitchen. “I’m afraid as a senator there’s simply nothing I can do other than fly to another country to stay at an expensive hotel.”

Asked what they thought of the situation, local Texan voters said they were outraged at the news. “How could AOC do this!?” asked one. “Stealing hard working soup kitchen volunteers jobs. What a monster.”