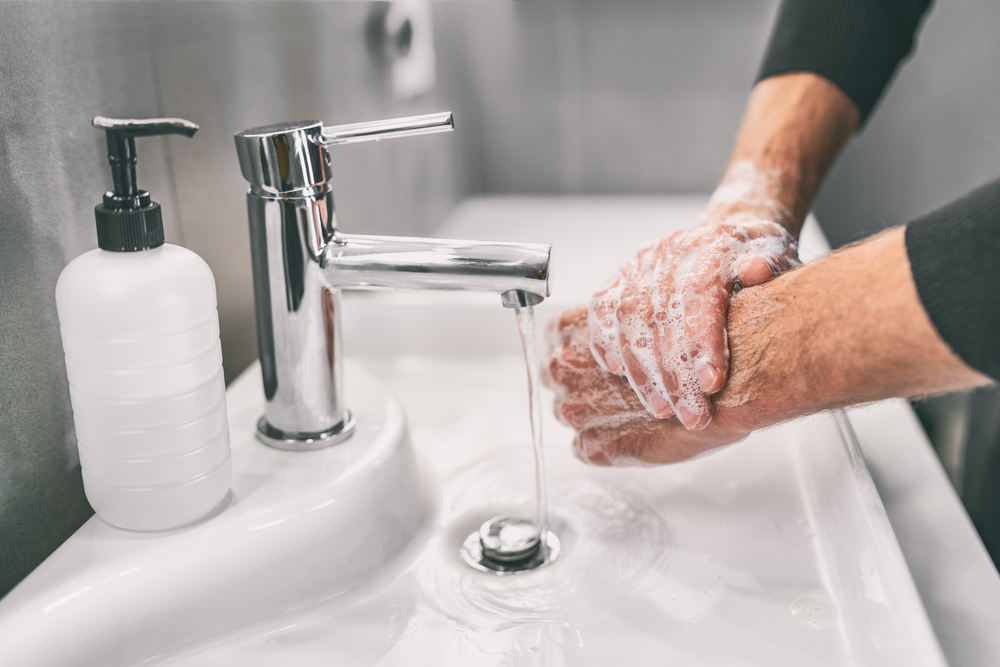 Australians across the country have proudly confirmed they are now doing a twenty-second hand wash in just five seconds.

Speaking on behalf of all Australians, Braydon Graydon, a Brisbane man, demonstrated going through the recommended steps in a hurried approximation of cleanliness before describing his process.

Graydon said “You’ve got your basic ‘putting soap on hands’, and that’s a non-negotiable. And you’ve got to wash it off. But most of that other shit you can just do without. The important thing is to flap your fingers around under the tap for a bit so the other blokes see you making the effort.”

Experts have confirmed that the duration itself is one of the key elements of covid-safe handwashing. However, when confronted with the evidence, Graydon remained defiant.

“They never thought anyone could run a four-minute mile,” he said, “but humans are built to push boundaries. Who’s to say I can’t get my time down even further? Three seconds? Two seconds? No seconds at all?”

The 38-year-old electrician then wiped his hands on his jeans before coughing directly into them, wiping them on his jeans again, then coughing into them again.