General News
“Why is it not called Mother’s and Father’s day?” pouts Men’s Rights Activist
May 9, 2021 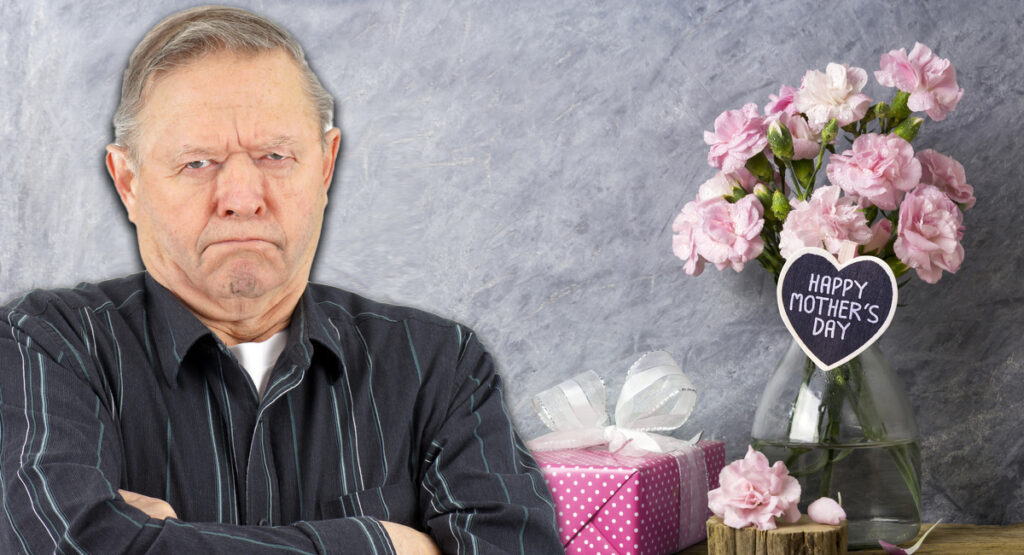 As families around the country celebrate Mother’s Day, so called ‘Men’s Rights Activists’ have expressed their anger at the term ‘Mother’s Day’ claiming that the day is ‘reverse sexist’ due to a lack of ‘father representation’ throughout the holiday.

“I am sick and tired of being oppressed,” said the man who thinks the solution to issues caused by toxic masculinity is more toxic masculinity, “this is an outrage. These damn mothers making today all about them, it is disgusting and sexist. Today is proof that we are the oppressed ones! When’s our day? Imagine the outrage from those Marxist men-hating feminists if WE got a day!”

“I should be getting candles or a gift card to get my nails done, but in manly ways that don’t involve candles or my nails. That is what’s wrong with this country, I live in fear every of someone attacking me with a face mask, flowers, home made gifts or just happiness and gratitude. The idea alone can make a grown man refuse to cry because that is a sign of weakness. But no men don’t get even one day!”

In response to the man-children, experts have agreed that the current celebrations are ‘outdated and do unfairly miss a lot of people’ however they have also stressed that currently Men’s Rights Activists in fact ‘can fuck off’.