WRITTEN BY
Ariel Castro-Martinez
For The Chaser 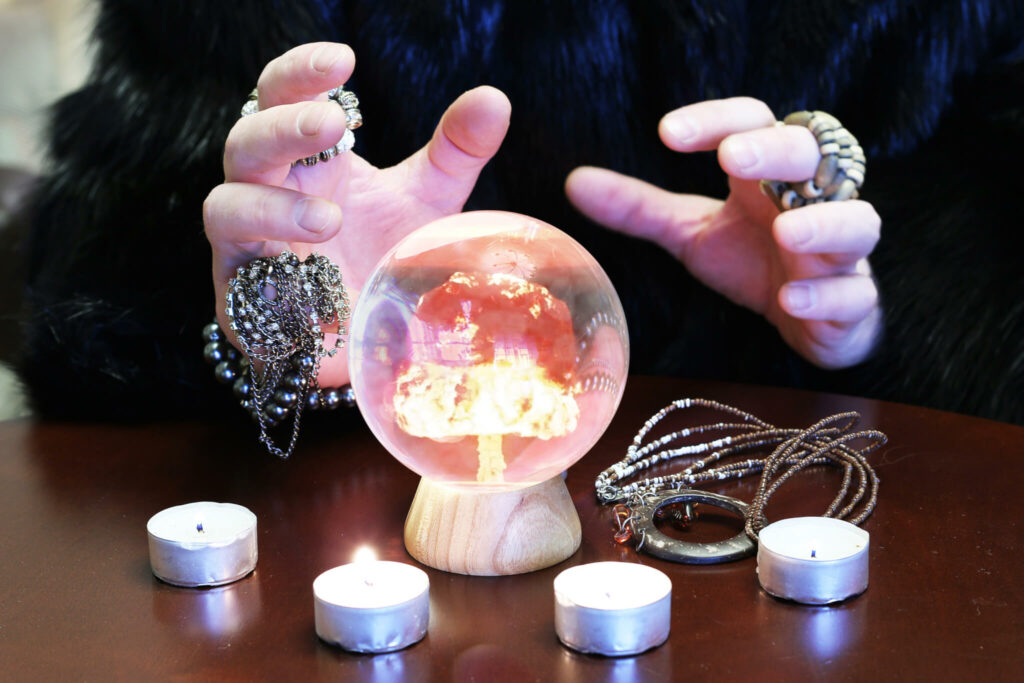 Clairvoyants around the world ominously fell silent on Tuesday, reporting their usual capacity to foresee the future has somehow mysteriously vanished for all visions that take place beyond January 20, 2017.

Local clairvoyant Bev Smith, or “the Magnificent Oracle” as she is known professionally, says she knew something was wrong when her usual seance with a customer’s deceased hamster was interrupted by the spectre of Death, gesturing towards the TV where the unfolding election results were showing. “It was at that moment that a chill ran down my spine,” says Bev. “As I realized I’d forgotten to pay this month’s cable bill.”

Similarly a business conference for the world’s leading seers convening on a secret island in the Bermuda Triangle was interrupted, when news of Donald Trump’s win caused every single attendee to suddenly stop moving and stare ominously into the sea.

“I just don’t know,” stated Madame Iselda, a phrase she’s never before had to use. “I literally can’t see anything very far into next year, just this vague cloud of faintly glowing orange debris.”

But despite the potentially bad omen, many clairvoyants are staying upbeat about the apparent lack of any visible future for our planet. “At first I was worried about the prospect of some kind of global nuclear annihilation,” says Isaelda, “and it was quite upsetting. But then I realised that if humanity is wiped out, at least that means we won’t have to go through the whole Trump election campaign again in 2020, and I realised there are definitely worse possible futures.”

WRITTEN BY
Ariel Castro-Martinez
For The Chaser