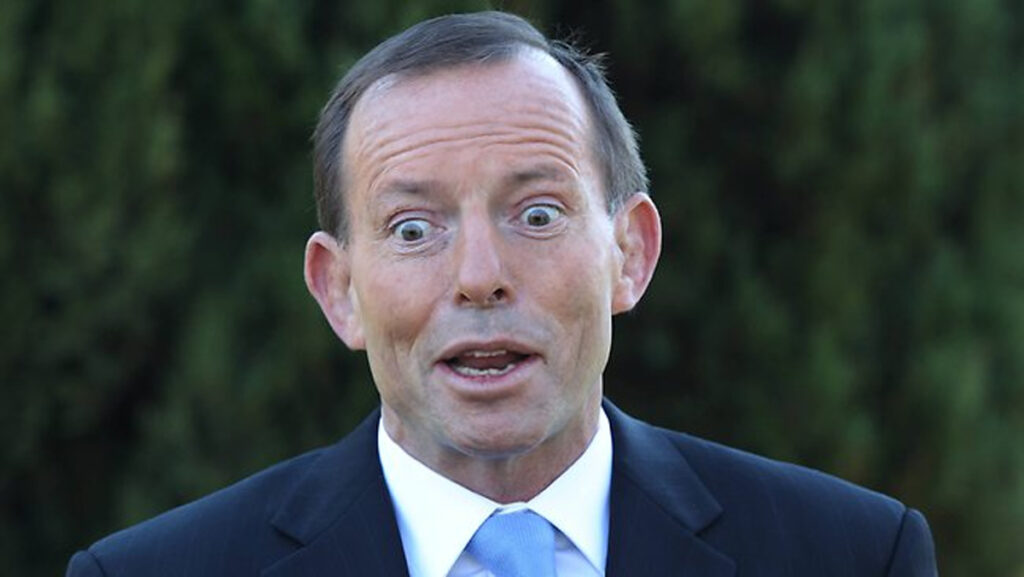 By Rohan Arneil
The Turnbull government has been thrown into disarray today, with the shocking revelation that 62% of Australians are in favour of same-sex marriage, a number that the Government says was completely unexpected, if you discount every single opinion poll on the matter since 2012.
Former Prime Minister Tony Abbott hailed the result as proof that the lengthy and non-compulsory plebiscite was the only way to accurately gauge the mood of the public, stating that there was clearly something wrong with past opinion polls. “On the one hand the polls were telling us that the public wanted same-sex marriage, but on the other hand I didn’t want it, so something clearly wasn’t right. On top of that, every single person I spoke to – apart from my children, my wife, my sister, the constutuents of my electorate and most of my cabinet – was firmly against same-sex marriage. If you refused to look at all the evidence, there was a real necessity to holding a non-binding hundred million dollar plebiscite.”
“Besides, 2012 was a crazy time for everyone,” continued Abbott, “as were all the other years when the opinion polls were surveyed, including this one. Who knows whether this ‘not hating gay people’ thing isn’t just a passing phase, like fibre internet, feminism, or my sister’s relationship with her same-sex partner.”
When asked why he refused to even listen to internal party polling that showed that same-sex marriage was inevitable, Abbott explained that it was his job, as leader of the nation, to make the tough decisions, even if it meant sometime preventing a family member from being allowed to marry the person they love. “You can’t simply rely on public opinion to do whats right for the public. Sometimes you’ve got to rely on your entrenched fears and factional wars with members of your party. That’s what being a true leader is all about.”
However, Mr Abbott has now conceded that he may have been wrong in his firmly held belief that fifteen independent opinion polls were wildly inaccurate. Prime Minister Turnbull has also pledged that gay marriage will be legalised by Christmas in wake of the result, after he does a quick once over with everyone in the country via another postal vote or two.
If you enjoyed this article, consider becoming a contributor to the Chaser Beer Fund. For just $1 a month you can help us employ 20 more interns. DONATE NOW