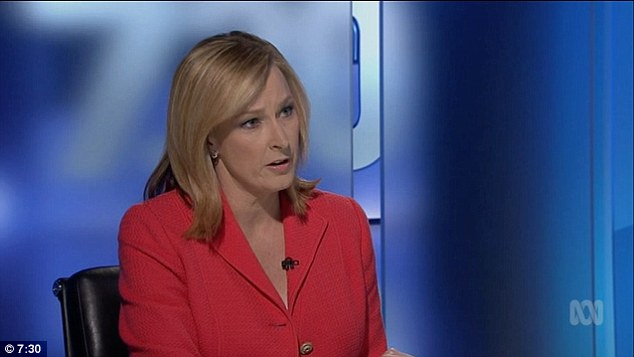 Just one day into her job as the new ABC managing director, Michelle Guthrie has confirmed a shakeup in tonight’s lineup on ABC1, which will see Treasurer Scott Morrison replace Leigh Sales in the coveted 7:30 slot.

A spokesperson for the ABC said Morrison was a budgeting decision, and that his appointment would increase the diversity of white males across the line-up. “Under the new leadership, we are committed to seeing white males from all walks of life as faces of this network. Not just gilded lefties and Sydney University graduates.”

“Our research shows he scores well across the audience, except he does have a bit of work to do to build the viewer’s trust.”

But a spokesperson for the Friends of the ABC said the presenter shake-up just proves the new managing director has already become beholden to the Government’s agenda.

“We were prepared to give Michelle Guthrie one week to prove herself before we went back to complaining about every change anyone tries to make to the ABC. But this goes too far. It’s even being broadcast from Parliament House. What do they think they are – the Government broadcaster or something?”

“I, for one, will be writing a stern email about this. Who knows, I may even donate some money to GetUp!”

But an ABC spokesperson said tonight’s line-up would boost the ABC’s editorial independence. “There’ll certainly be less flirting with Malcolm Turnbull than usual.”