loading...
National
Acting PM Barnaby Joyce celebrates victory by asking where the junior staff are
1st of your 1,000,000 free articles this month 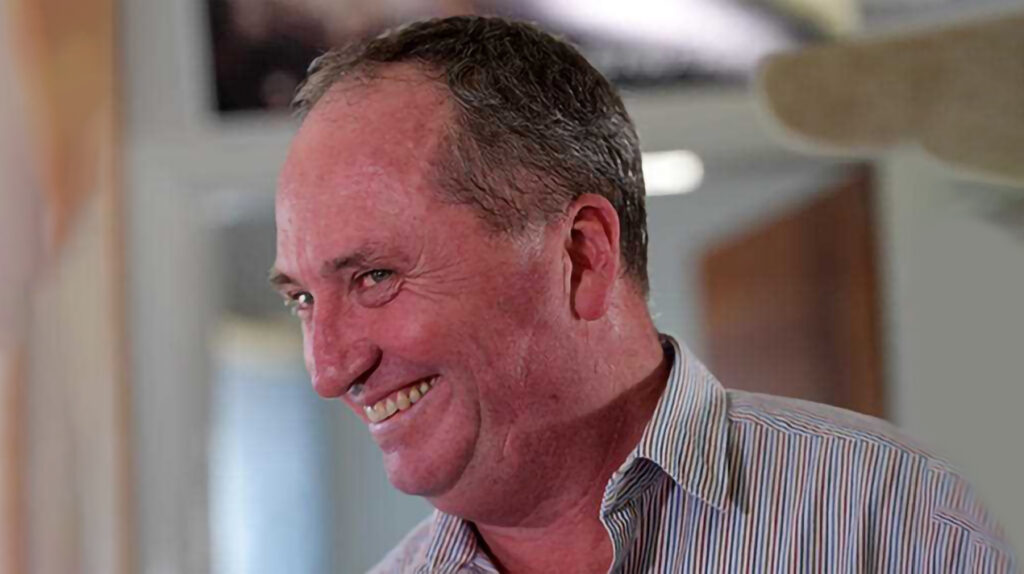 Families man, Barnaby Joyce has begun celebrating his victory in his challenge for National Party leader against outspoken corporal punishment advocate Michael McCormack. Joyce’s victory comes after a series of recent blunders by McCormack that Joyce described as ‘treason on par with believing in climate change’.

But Joyce’s official announcement of the result came to an abrupt end after he saw a female junior staffer walk by.

The confusing moment has left many experts with questions like ‘seriously he was the best they could come up with?’, ‘haven’t female Parliament House staffers gone through enough already?’ and ‘why does he, Trump and Boris Johnson have so much sex with women who aren’t their partners?’.

“I have a very important announcement today,” said Joyce, “I am interested in leading… um… hello… um, I am interested in her. I have been asking where the junior staff are ever since I won but now I have an answer. If you excuse me, I have a woman to chat up now that I am considered important again. Thank god Scomo didn’t change any of the rules around this place last year!”

In response to this moment, many women are left concerned that a misogynist like him is now the acting PM while the current misogynist PM is in quarantine, replacing the previous misogynist Deputy PM in what female soccer players have told McCormack was the ‘political equivalent of an egg and spoon race’. However the Coalition seem to not be giving much thought to those concerns due to them stemming from the opinions of women.