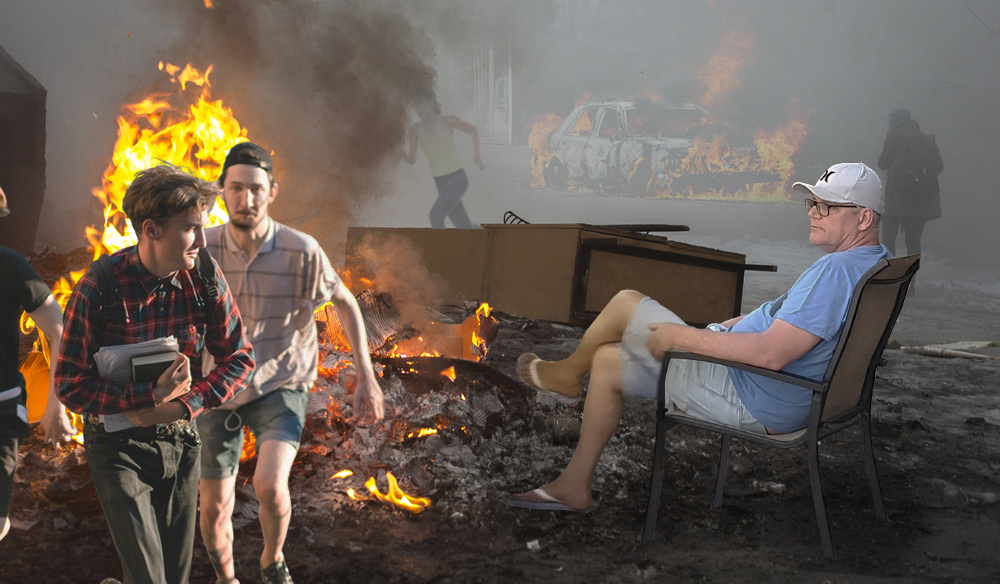 The streets of Australia have been plunged into anarchy following the dismantlement of the country’s rule of law as a result of the demotion of alleged rapist Christian Porter from the position of Attorney General.

This follows Prime Minister Scott Morrison’s forewarning that the nation’s rule of law may crumble if he were to respond in any way to the Porter allegations, shortly before demoting him.

As a result of the demotion and subsequent collapse of its legal system, the unstable nation has been thrown into chaos with mass protests taking place outside Parliament House, the elected leader refusing to take any responsibility before opening fire on protesters.

“I didn’t realise the country’s entire system of law and order was only hanging on by such a loose thread,” said a shocked Australian currently panic-buying toilet paper. “All along it was solely due to Christian Porter’s mighty Attorney General prowess! We should never make the mistake of holding a powerful man to account again!”