National
Auspost claims Holgate wasn’t home when they tried to deliver her an apology
April 13, 2021 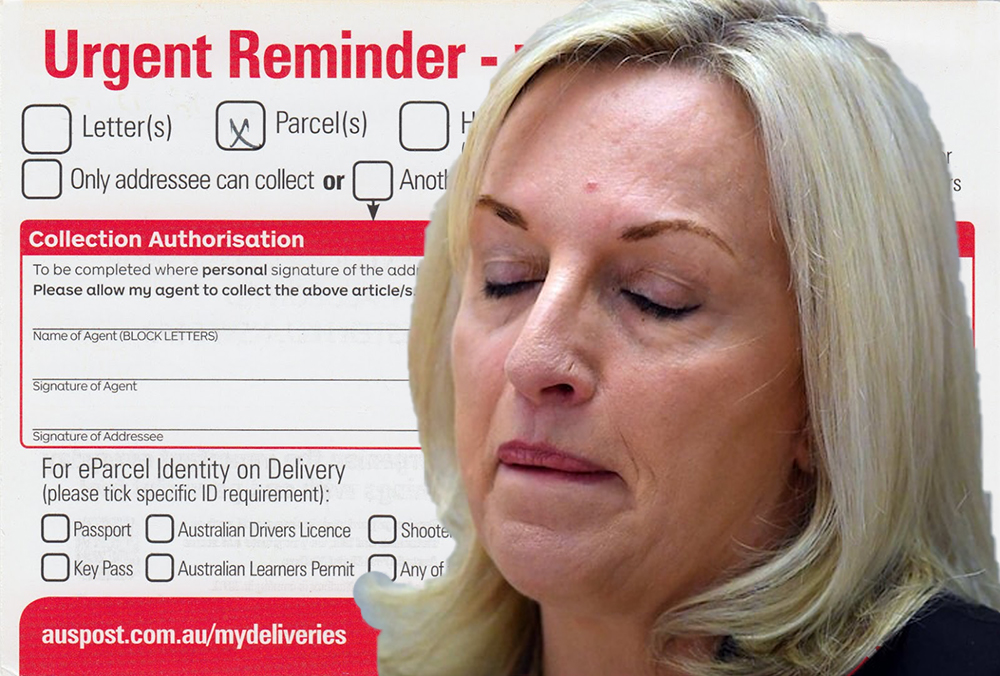 The Senate Inquiry into the sacking of Christine Holgate took an unexpected turn late this afternoon, when the chair of Australia Post claimed that he had tried to deliver an apology to the former CEO, but she wasn’t home.

However, under intense questioning from cross-bench Senators, it transpired that Lucio Di Bartolomeo did not, in fact, ring on the door bell, nor even walk up the path towards Ms Holgate’s house before turning around and taking the apology back to the depot where it remains undelivered to this day.

He did however, fill out a “Sorry we missed you” card, which he put in her neighbour’s letter box. And he later sent her an SMS claiming that the apology had successfully been delivered.

The revelations come after an historic day in parliament, after even Pauline Hanson managed outwit Mr Di Bartolomeo.

The chair also admitted that the new CEO of Australia Post, Rodney Boys, is paid substantially more than Ms Holgate, but late this afternoon, Prime Minister Scott Morrison defended the pay gap, pointing out that it was hardly surprising given that Rodney was literally “one of the Boys”.

Mr Morrison said it wasn’t really his concern anyway. “If Ms Holgate has a problem with her gender pay gap, then she should take it up with the Prime Minister for Women, Marise Payne.”

Earlier in the day Ms Holgate testified that, in hindsight, she wished she’d simply buried the watches in the backyard.