loading...
National
“Australia is doing a lot to combat climate change, despite my best efforts,” defends Morrison
1st of your 1,000,000 free articles this month 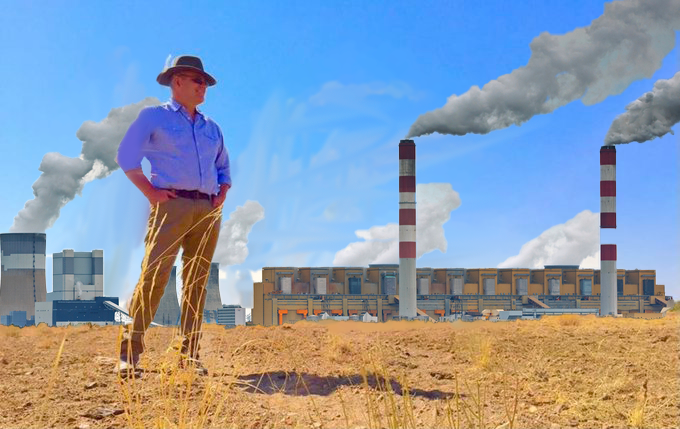 Prime Minister Scott Morrison has hit out at the assertions that Australia is not doing enough to combat the climate-crisis. “Australians are fighting hard against climate change, despite how hard we try to stop them,” bragged the Prime Minister.

Mr Morrison took a moment to speak to the press in between photo shoots.

“There is this crazy idea going around that my government ‘hasn’t done very little around climate change’, but that is just simply untrue. We have opened coal mines, are planning a gas-fire-powered future and stopped international intervention into saving the Great Barrier Reef. You could say we’re climate change’s greatest ally!”

“Despite all this good work, there is a real chance that regrettably our nation will hit net zero emissions by 2050. I am deeply ashamed we were not able to protect our party’s investors, I mean donors, from the anti-coal lobby.”

“We just believe the idea using proven green energy solutions is a bit too far, that’s all. We believe that we should listen to the studies, especially those paid for by mining companies. Why give tax breaks to renewable energy, when our fossil fuel companies have already perfected avoiding tax?”

“The hysteria around this topic is just ridiculous. I mean come on, it’s called NATURAL GAS for peeps sake. How can something natural be bad for nature? We need to just invent an entirely new technology to burn the same amount of coal cleanly. We can’t rely on old, outdated proven green energy technologies.”

“Also to the UK Labor party, just shut up already about Mathias Corman. He financially supported Gina throughout the recession so much that she doubled her wealth during the pandemic. I mean if he really ‘wasn’t suitable’ for the job, then why would our Labour Party back him without reservation? They even supported using tax payer funding to fly a jet for a tour around Europe in order for him to try and gain support instead of just using a phone or the internet. I mean if a taxpayer funded private jet ride around the world doesn’t show both his and our governments commitment to smart monetary decisions and protecting the environment, I don’t know what will.”