National
‘Australia needs more Jesus’ says PM who would have Jesus locked up if he came here
April 27, 2021 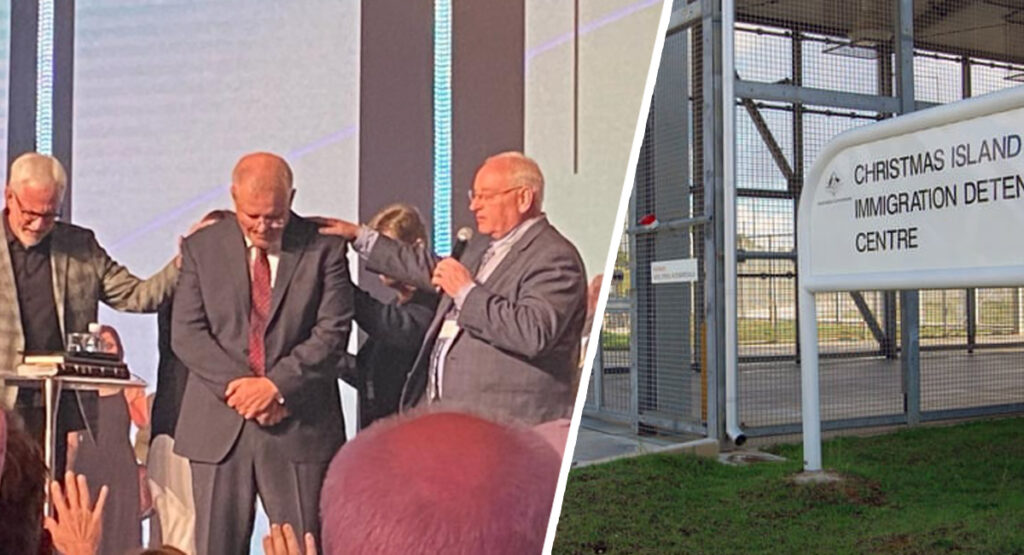 Televangelist Scott Morrison has once again reaffirmed his position that there should be no separation between Pentecostal church and state while doing his campaign tour of churches this week. During an event speaking at the Christian Conference on the Gold Coast, the PM made the claim that ‘Australia needs more Jesus’, which he later clarified as meaning ‘Australia needs more refugees locked up in detention’.

“How great is Jesus? He was a poor middle eastern refugee, born to a single mother out of wedlock, raised to be a carpenter, called for everyone to respect the planet, pushed a socialist agenda, believed sex workers deserve respect and was against discrimination. He has a real impact on how I write policy, minus all that stuff. He is the only moral compass around, and he should be brought into our homes. Not literally obviously, he should be brought to an offshore prison the dirty criminal. What if he is from ISIS? We can’t be 100% sure!”

“What Australia needs right now is some good old fashioned Christian values,” continued the leader who has aided in the cover up of sexual assault allegations against several of his fellow MPs. “Lies, greed, lust, jealousy, none of these have a place in this country, excluding parliament of course. If something isn’t done soon, the devil will use social media to mind control our kids through Grand Theft Auto and Lil Nas X!”

The PM then went on to hint at a new plan for the nation called ‘JesusKeeper’ along with it’s slogan, “Putting the Christ into Christmas Island”.