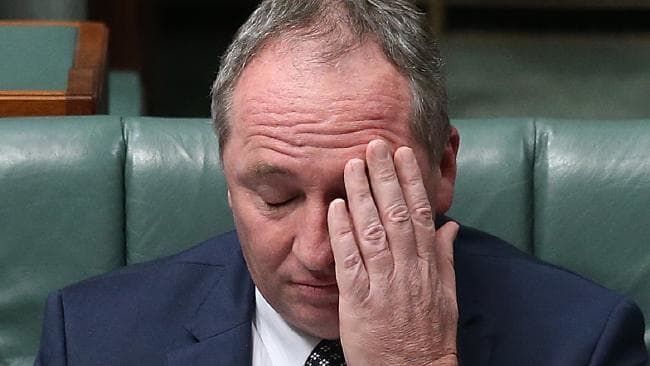 Former deputy Prime Minister and part time tomato impersonator Barnaby Joyce has today been forced to rescind his nomination in the upcoming federal election, after it was revealed that he was both morally and financially bankrupt. Mr Joyce, who was today celebrating making it three days without causing a national scandal, is said to have fallen bankrupt on the way home from the pub yesterday morning, after purchasing a single bottle of water at a servo for $80 million dollars in an attempt to ward off a hangover.

However, the eviction of Mr Joyce from the upcoming election has not phased his colleagues, who say that on the scale of things this was actually quite a tame scandal for Joyce. “What is this, the third time now that Barnaby’s been locked out of Parliament for breaching the constitution?” asked Scott Morrison at a press conference this morning. “Frankly I’d be more concerned if he was suddenly scandal free, then I’d know he’s up to something. And hell, who can blame him for thinking $80 million is the going price for bottled water at servos these days. I mean Jesus, have you bought bottled water before? That stuff is even more pricey than printer ink! Which, by the way, the Labor party will ban if elected.”