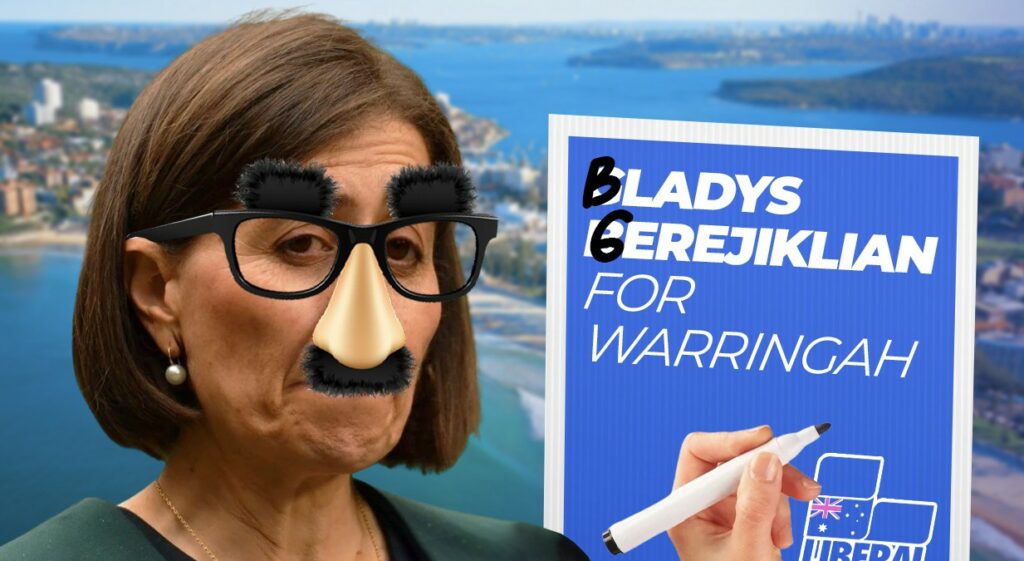 The Liberal Party has today selected a previously unknown candidate ‘Bladys Gerejiklian’ as the candidate for Warringah in the upcoming federal election.

After weeks of speculation about who would contest the seat formerly held by Tony Abbot, the party denied rumors that they would select former NSW Premier, Gladys Berejiklian, who is currently embroiled in a corruption scandal. A source inside the party said “what integrity would we have if we ran a candidate under investigation for corruption.”

“Bladys really came out of no where for us,” the source said. “She promised us that no one believes in the party’s core values of constant PR, pork-barreling and pretending not to know about corruption more than her.”

“It’s nice to see some fresh new faces coming up the ranks,” explained new Prime Minister Mott Scorrison today. “Our brand new front bench is sure to bring some much needed changes to this corrupt parliament. Isn’t that right Deter?”