loading...
National
Pfizer told they’d have better luck reaching Greg Hunt if they tweeted him from the account ‘BBWCumPumper69’
1st of your 1,000,000 free articles this month 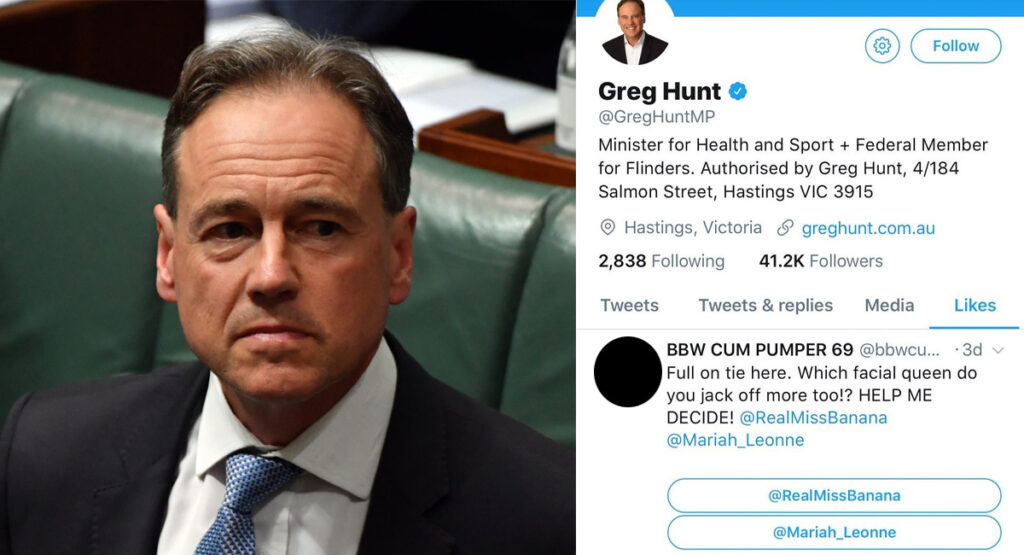 “You don’t seriously expect me to sit around reading emails all day do you?” asked the guy being paid $350k a year to read emails. “Like every single one? That sounds pretty unreasonable don’t you think? I’m afraid I’m far too busy with more important matters, like launching very legitimate police investigations into who hacked into my twitter and liked a tweet by ‘BBWCumPumper69’, which definitely wasn’t me by the way. We all know a Liberal minister would never get himself entangled in a sex scandal while at work.”

Asked why he had gone to such great lengths to cover up the fact that he had been offered the vaccine, a representative for Hunt said that he will answer the question in 14 months, once he finally gets around to reading the email.