loading...
National
“Cancel culture must be stopped” says guy legalising firing people for their views
1st of your 1,000,000 free articles this month 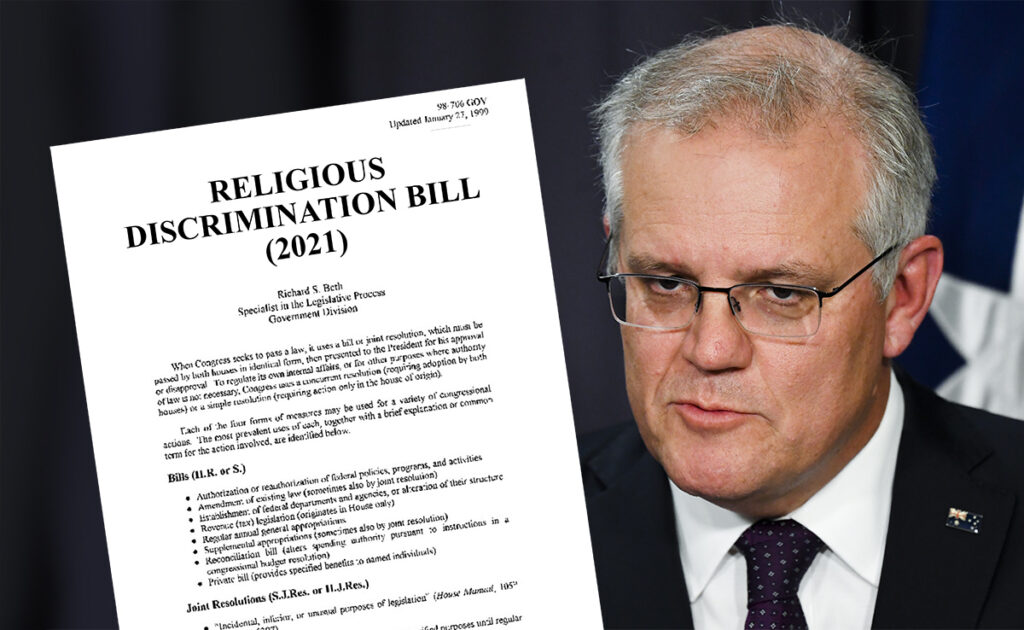 Prime Minister Scott Morrison has today lashed out at ‘cancel culture’, stating that the new Religious Discrimination Bill will finally put an end to people losing their jobs over their controversial views. “Sure this bill’s sole function is to allow schools to fire teachers for being gay, but uh… well actually now that I think about it we might have got this one a bit back to front.”

Talking to Parliament today, the Prime Minister explained that the new legislation will “ensure people aren’t looking over their shoulder because of something mean an anonymous person said about them on Twitter”, leaving them with the far less stressful knowledge that you could simply be fired for who you are married to.

“Cancel culture is hurting this nation,” continued the PM. “These powerful people on Twitter need to know that they can not pressure a sports team into firing one of their players. I mean, what’s the world coming to if a poor defenceless multimillionaire can be fired just for repeatedly breaching his employment contract.”

“Freedom of speech is the most important thing in the world. These days a university can’t book a neo-Nazi without these lefties complaining about their views. The marketplace of ideas that is schooling should be open to everyone! Except gay people. Definitely not them.”

In response to the bill, the Labor party have told the media that they strongly oppose the homophobic bill however are planning to vote in favour, explaining “well, I mean not that strongly opposed I guess.”