loading...
National
Christensen confirms he isn’t a British citizen after consulting Ask Bongo
1st of your 1,000,000 free articles this month 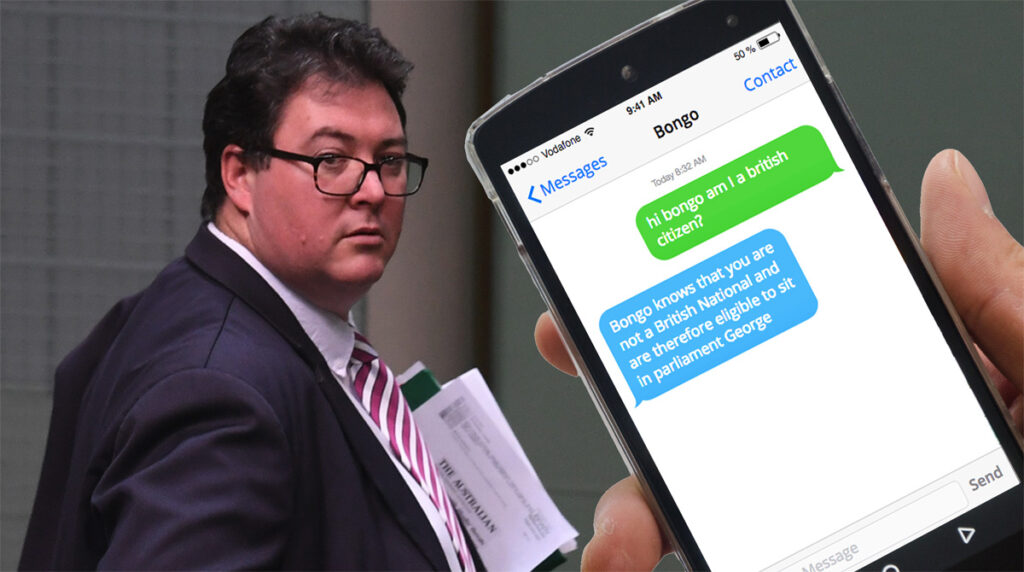 Federal MP George Christensen has hit back at mounting speculation today that he may be a British citizen and therefore may have been invalidly elected, with the Member for Mackay calling a press briefing this afternoon to insist that he has all the relevant paperwork in place. “I can assure you all that I took the appropriate steps to ensure that I was not a dual national before running for office,” Christensen told journalists, “and I have the Ask Bongo screenshots to prove it.”

When questioned by those present whether an answer from Ask Bongo was adequate insurance against a High Court challenge, Christensen pointed out that it wasn’t the only evidence he had gathered. “I didn’t just rely on Ask Bongo,” Christensen said, “That would be incredibly unprofessional. I also took Buzzfeeds ’12 questions that will determine if you’re legally a foreign national under section 44 of the Australian constitution’ quiz, and just to seal the deal I also consulted a clairvoyant.”

“The clairvoyant was kind enough to reach out to my parents and through making contact was able to learn that neither of them held British passports at the time of my birth,” Christensen explained. “Now some might say that this was an unnecessary step given both my parents are still alive, but god knows if I tried to talk to my parents about this in person they’d just start banging on again about how tough their childhoods were back in rural England.”

Christensen also pointed out that as a final resort he had also consulted the British Government’s ‘Are you a British Citizen’ online test, a helpful tool which is able to make decisive decisions about the forty page British nationality legislation through a robust three question quiz. “After telling it my age, my birthplace, and my favourite colour the British Government’s online tool was able to decisively tell me that I was ‘Probably not a citizen’,” said Christensen, “and if a online quiz that says I’m ‘probably not’ a citizen isn’t a legally watertight enough case for those fatcat city slicker High Court judges, then I’m pretty sure nothing will be.”