National
Clive Palmer sues Clive Palmer for defamation after making him look like an idiot
September 2, 2020 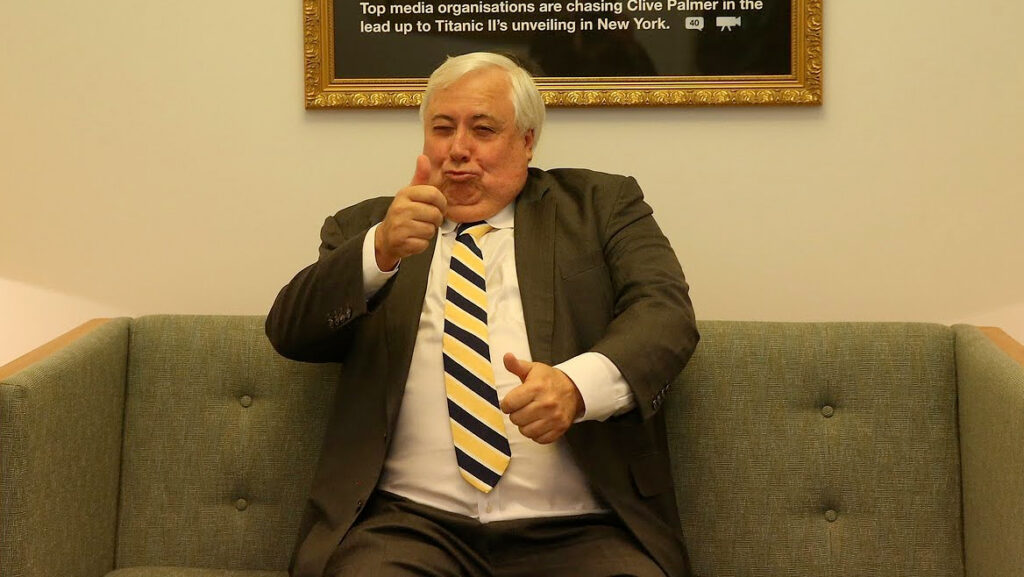 Disgraced politician and guy who proves you don’t have to be smart to be a millionaire, Clive Palmer has filed a lawsuit against outspoken racist and guy who is considered an ‘embarrassment’ by the rest of the ‘failure of a human being’ community, Clive Palmer. The lawsuit alleges that the defendant has ‘damaged the reputation and injured the feelings” of Clive Palmer by making him out to be an idiot during media appearances spanning decades.

“This guy has been making me look like the laughing stock of Australia for too long,” Mr Palmer said in an interview earlier today, “he needs to stop what he is doing at once as he is doing serious damage to my reputation. My lawyers sent Mr Palmer a cease and desist order but they are concerned he won’t understand any of it. Also, he has even begun harassing me, sending me this weird piece of paper in the mail with a whole lot of gibberish that I can’t understand written on it. Once my lawyers explained to me that this was a legal threat, I thought enough is enough, I am going to sue this idiot for everything he has got.”

“He has done so many things over the years that have led to my reputation being damaged and my ideas being mocked. I am sick of it. He has painted me as some sort of racist idiot that struggles to string a coherent thought together and would twerk on the radio for the listeners who couldn’t see me just to get votes, or something like that. I don’t know what’s going on. Worst of all have you seen the way he abuses the court system for his personal vendetta against the WA Premier, I mean don’t get me wrong, I hate that guy, but to sue someone cause a joke ‘injured his feelings’. Give me a break, the only joke around here is him.”

Sources tell us the defendant plans to counter-sue Mr Palmer claiming, “How is it my fault my actions make Clive Palmer look bad? He is the idiot that makes me look bad. I mean did you see him twerking? I, like many Aussies, suffered a great deal by watching that disturbing video. It injures my feelings just to think about that dark day in Australia’s history.”