loading...
National
Country that went from almost no tornados to weekly tornados reckons we don’t need Net Zero by 2030
1st of your 1,000,000 free articles this month 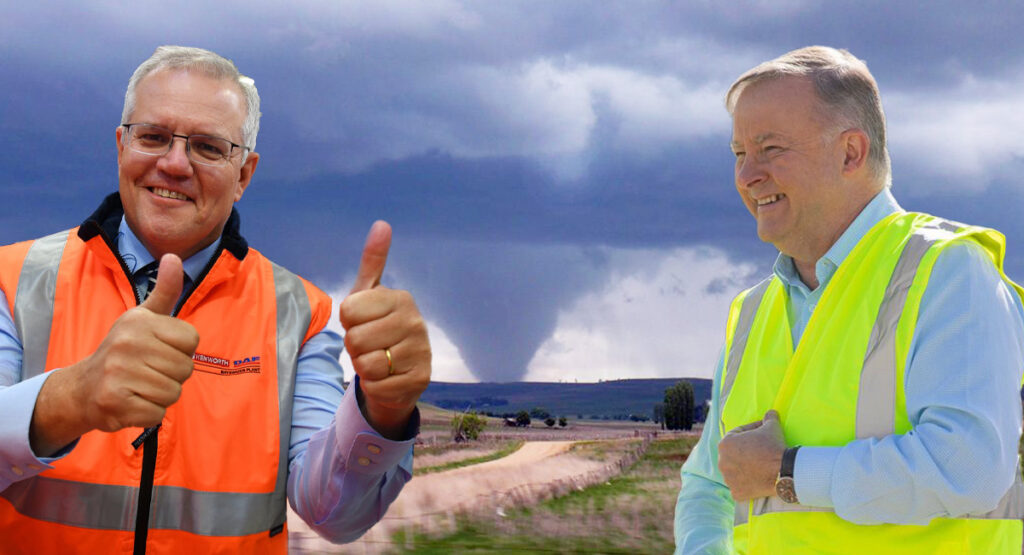 The Australian government has begun preparations for the upcoming COP26 summit in Glasgow where full-time coal lobbyist and part-time Prime Minister Scott Morrison actually plans to advocate against other countries going Net Zero by 2030 despite the scientific community supporting Net Zero.

There is mounting pressure from voters, who are alarmed at the uptick of climate-related bushfires, floods, earthquakes and now weekly tornados. But both sides of politics are determined to do something about climate change, eventually, maybe, as long as it doesn’t hurt their fossil fuel donors.

“No one is saying climate change isn’t a problem,” claimed the PM, “it’s just not one we should be rushing to try and solve. Sure once in a lifetime natural disasters are occurring frequently now, but when future generations look back at this time they will see it as ‘once in a lifetime’ because most people will die quickly, which is a fact that inner city latte sipping elites don’t want to acknowledge their privilege on.”

“Look I reckon we should maybe one day back Net Zero by 2050, once Barnaby is ok with it, maybe. As long as we can do so while increasing our fossil fuel usage and sales, we just don’t have to count those to our carbon footprint, that’s how this works.”