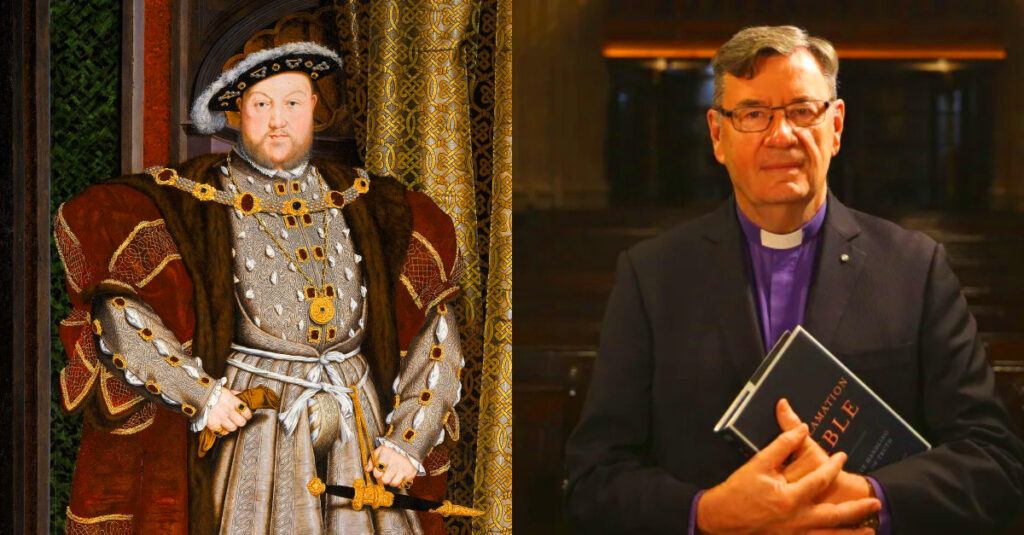 Factions of the Church of England have today declared independence from the movement, over concerns the church founded so that Henry VIII could cheat on his wives wasn’t doing enough to protect traditional marriage.

“The fact is we can’t simply go changing the legal definition of marriage just because society has largely come to accept it has a further, very similar meaning,” explained former Archbishop Glenn Davies today. “Marriage, as we all know, is a sacred union between a man and his eight wives, created in order to seize power from the Pope.”

“Don’t get us wrong, we have nothing against gay people,” he continued. “Our wish to ban same-sex unions simply stems from our strongly held belief that marriage is a religious ceremony that the state has no place in defining, unless we’re talking about divorce, in which case the state is well within its rights to over-rule the established Church.”

“The fact is that the bible is very explicitly against same-sex marriage,” explained Davies. “It’s mentioned in there somewhere I swear, pretty sure it’s right before the bit about how an established clique of men in funny hats should dictate what is and isn’t a sin.”