National
Drunk teenagers about to have night taken to the next level by traffic cone discovery
December 7, 2019 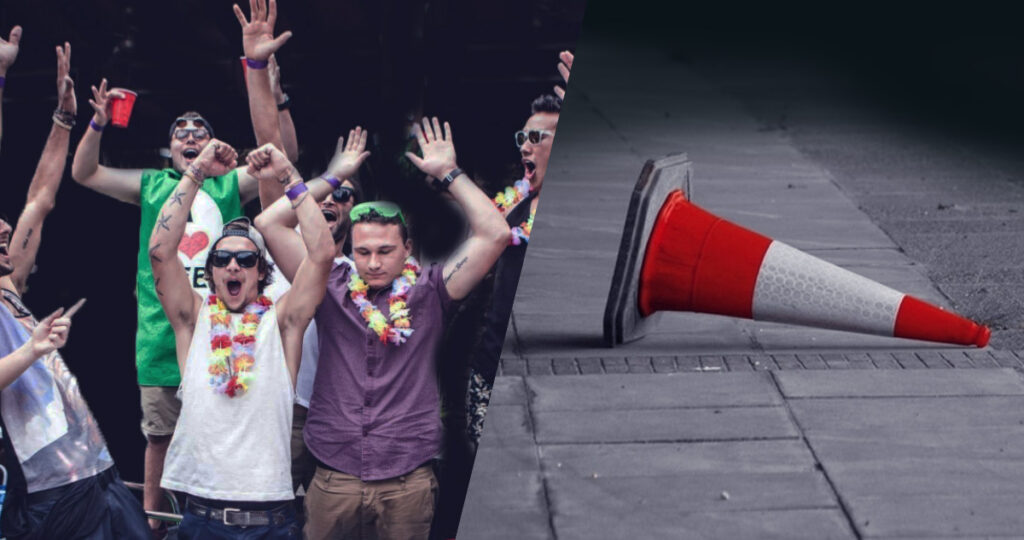 Local teenagers and full time party animals Dazza, Bazza, Gronk and Steveo have today had their drunken revelries taken to the next level, following the discovery of a stray traffic cone sitting on a stretch of footpath.

Acting with a level of jubilation unseen since they were five years old, the four friends reportedly adopted the cone as one of their own for the remainder of the bar crawl, at one point dressing it up in a hat and a hawaiian shirt in order to include it in a series of Instagram stories featuring the cone sitting on a bar stool, placed on a dance floor, and finally being evicted from the bar by bouncers alongside the boys after one of them accidentally knocked over a table while attempted to wear the cone as a hat.

The cone, nicknamed “O’Brien” by the boys due to it’s orange colour and in a surprising moment of lucidity, was reportedly eventually abandoned, with a final instagram story showing it placed on the roof of a taxi as one of the boys left for the night. With its whereabout now unknown, police and construction workers are asking that anybody who sees a lost looking orange figure wearing glasses and a hawaiian shirt to contact the authorities immediately, but not to approach it, as it may just be a regular traffic cone signalling a no-entry area.