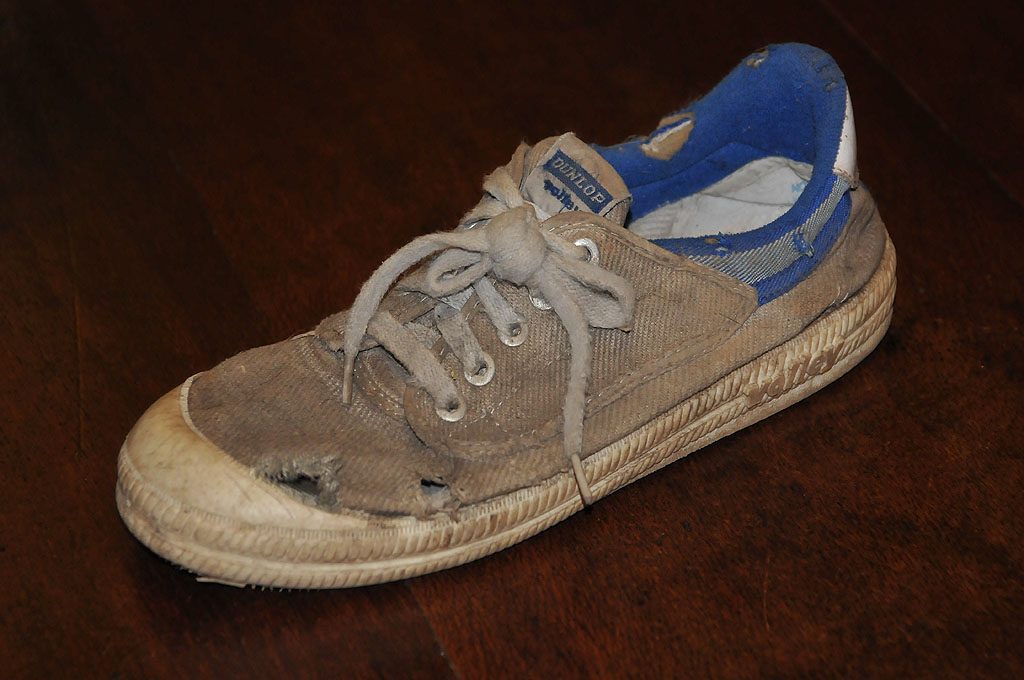 American sporting good manufacturer Dunlop has today announced its first foray into the designer shoe market with the introduction of a limited edition “pre-holed” Volley variety to better target the growing derro beach-rat market within Australia.

Coming with the Volley’s iconic big-hole toe pre-worn into the poorly joined arch of the shoe, and lightly coated in a layer of what’s probably a mixture of mud, cigarette ash and dog faeces, the shoes will sell from a starting price of $1000 a pair, up to $5000 for pairs with fluorescent yellow laces with bindi-eyes attached.

Crowds are already going wild for the shoes, with lines reportedly stretching all the way from Westfield Mt Druitt, to Westfield Northern Beaches.