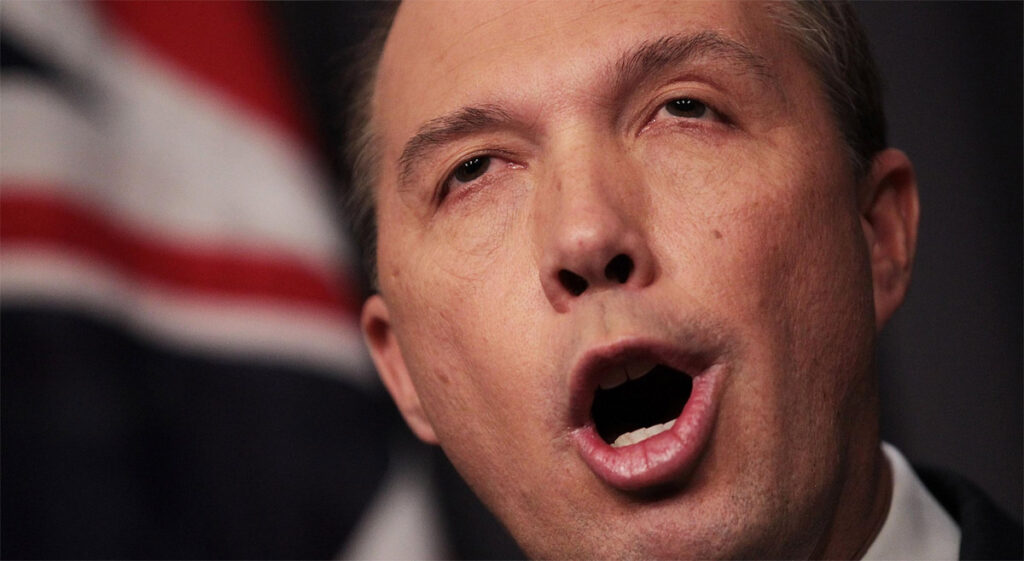 Home Affairs Minister and man whose wife felt it necessary to clarify that he is “not a monster”, Peter Dutton, has today issued orders for all people travelling from the Chinese province of Hubei be detained in the Christmas Island Detention Centre, before grabbing the nearest person for balance as his knees gave way from the rush of pure ecstasy he got from the sentence.

However, Dutton’s pleasure quickly turned to sheer horror upon learning that many of the people returning from Hubei were not ethnic Chinese, but were instead Australian travellers returning from holidays. “Oh God, those poor innocent soles, we have to get them out of there!” a panicked Dutton shouted down the phone. “The white ones I mean, leave the rest, especially the children. Also how is the construction coming along on the gas ch… oh shit sorry the press are still here, I’ve gotta go. You guys didn’t hear that last bit, did you?”