WRITTEN BY
Kunal Patil and Travis Hunter
For The Chaser 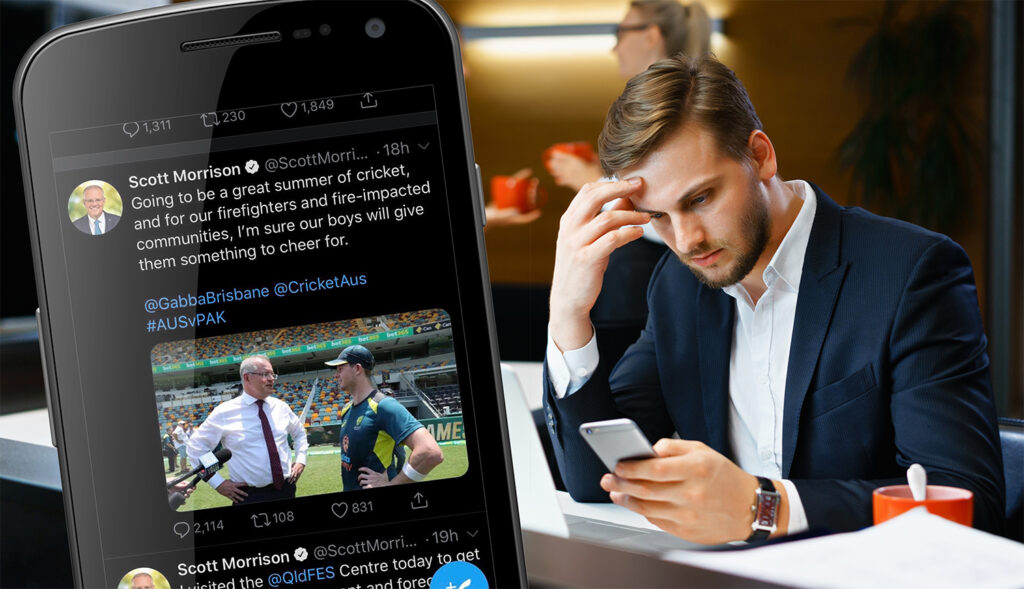 By Kunal Patil and Travis Hunter

Reporters have discovered Scott Morrison’s empathy consultant boarding a private jet bound for an unknown location, while wearing a bad disguise and carrying a briefcase full of money, suspected to be the fee paid for by Australian taxpayers.

Consultant Ernest Young appears to have conceded defeat in the attempt to teach the PM or his advisers what empathy is, as he was seen attempting to leave Canberra as quickly as possible after the PM published the now infamous ‘cricket tweet’.

Young said the contract for Empathy Education Services stipulated that he can’t be held responsible for the client’s lack of moral compass and claimed that he too was a victim of the PM’s inability to feel empathy, sympathy or indeed anything for other living beings.

‘It was the worst decision of my life’ said Young from the tarmac of Canberra International Airport, ‘now unless you have a warrant I’ll be getting on that jet, there’s a private island in Fiji with my name on it.’

Young then boarded the jet and soared off into the sunset, never to be heard from again.