WRITTEN BY
Zander
For The Chaser 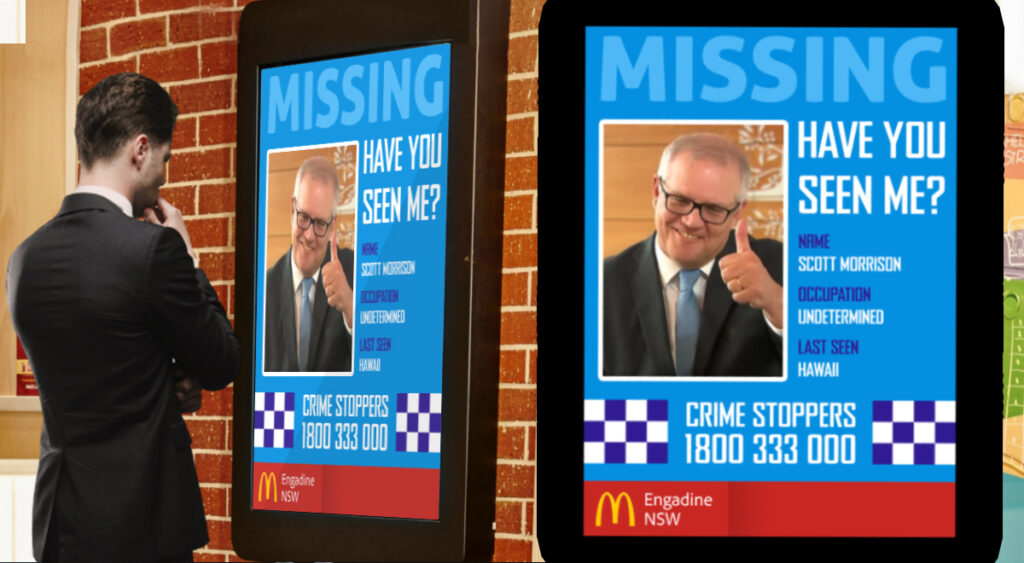 Late night visitors to engadine maccas have noticed a new addition to the rotation of missing persons board today, as locals became concerned that the strange man who normally hangs around the bathrooms hadn’t been sighted in days.

The man, described as dressed in sharkies paraphernalia and wearing brown pants, could often be found in the carpark accosting people with handshakes and claiming to be a messenger from God.

Police have called on all members of the parliament to exercise extreme caution when out in public, for fears kidnappers may be afoot. “We just don’t know what kind of monsters are out there,” said the Chief of Police today. “Why only last month we heard reports of a 19 year old approaching a politician twice. Fortunately we got there in time and were able to apprehend the assailant before he was able to go any further, but who knows what he could have done if not stopped – approached an MP wearing a chicken suit? Maybe sung ‘No Garry no’ at him? I shudder to think.”

Police later successfully located the Prime Minister in local bushland, where he had run away scared after being startled while sunbathing naked by a passing deer. 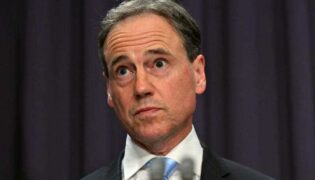 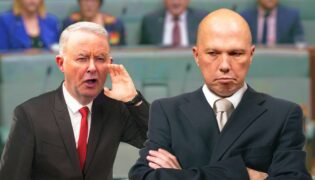