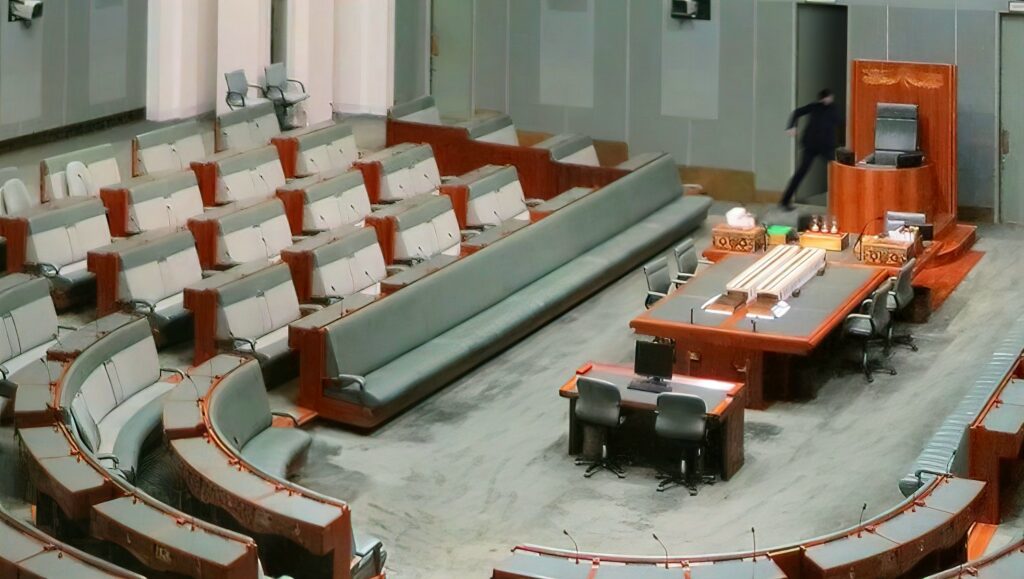 Prime Minister Scott Morrison has today told Parliament that his government’s genius management of the pandemic has meant Australia has avoided the great recession, before looking around and realising he’s the only cabinet member left who hasn’t quit.

“The Liberal Party stands strong and ready to lead the country after the next election,” an energised Morrison told the tumbleweed rolling through his party room today. “Sure we never tackled the budget deficit, we ended up rolling two Prime Ministers, the NBN ended up costing way more, half our party has been caught in corruption scandals, our quarantine system is still leaking like a sieve, and by scrapping the carbon tax we’ve doomed the country to endless natural disasters, but I think we can all agree that we’ve done a much better job than that mess of a Labor government that preceded us.”

“I mean, that’s what the Daily Telegraph’s saying, so it must be true.”