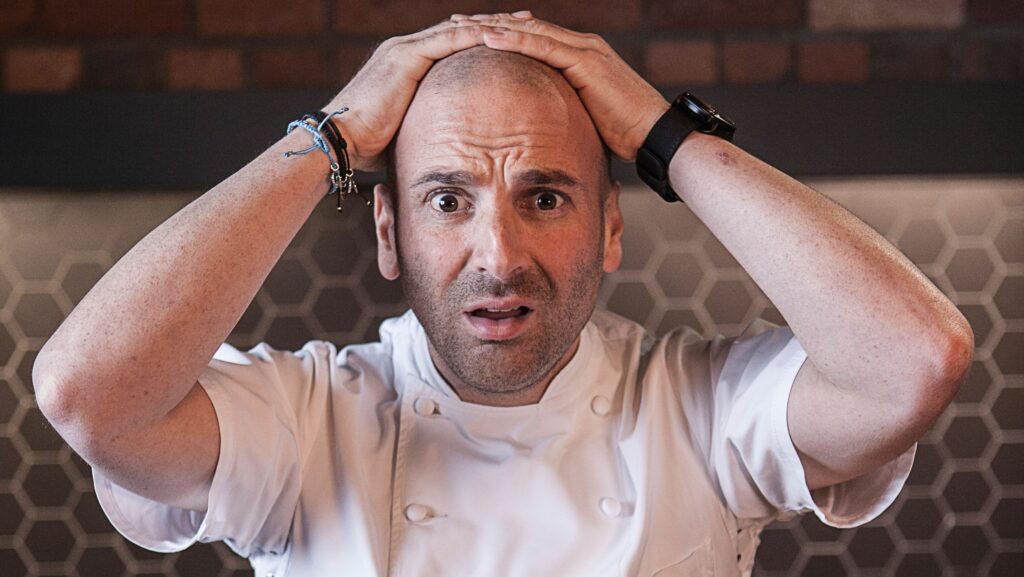 Former Masterchef Judge and amateur boxer George Calombaris has this week unfortunately become yet another victim of the relentless Unions in their unfair campaign to destroy Australian businesses. The chef has been making headlines due to his previously successful restaurant empire being forced to shut down, after he was shaken down for $8 million by these so called ‘Unions’ and their unreasonable demands that staff be ‘paid for their labour’. Here is what he had to say to our reporter earlier today.

“It just isn’t right,” Calombaris stated. “The business was running fine, everything was perfect until the union got in the way. I just don’t get it, why were they so hell bent on ruining my successful business strategy. What, so just cause my employees want to be paid the amount we said we would, we have to? What about our wants?”

“I remember at the time the media would go on and on about this ‘wage theft’ thing,” he continued, “at first I was happy and willing to apologise so I did. But then I learned that they were somehow referring the me as the thief, not the greedy employees and their union thugs. I am the victim here not them! Where do you think the $8 million payout had to come from? Me and my business!”

“The worst part is the government punishment alone was bad enough,” claims Calombaris as he begins to tear up. “I mean $200,000, that’s almost as much as the prize for winning Masterchef. I barely earn more than that after a month of judging the show, but no that was apparently not good enough for these union mobsters. They wanted me to actually pay the employees the ‘proper’ amount. It was horrifying… I felt sick. If my employees wanted more money, why not get a job on TV? It’s easy work and you get paid more in a fortnight than the regular person will see in a year. Working for such a distinguished and famous chef as me should be payment enough.”

After this point seemingly mortified from reliving the events, Calombaris was too distraught to continue. However, we have since received word he does plan to bounce back with a new business plan and has already began the process of setting up a sports club in a marginal LNP seat.