National
Facebook bans newsfeed after realising it has the word ‘news’ in it
February 20, 2021 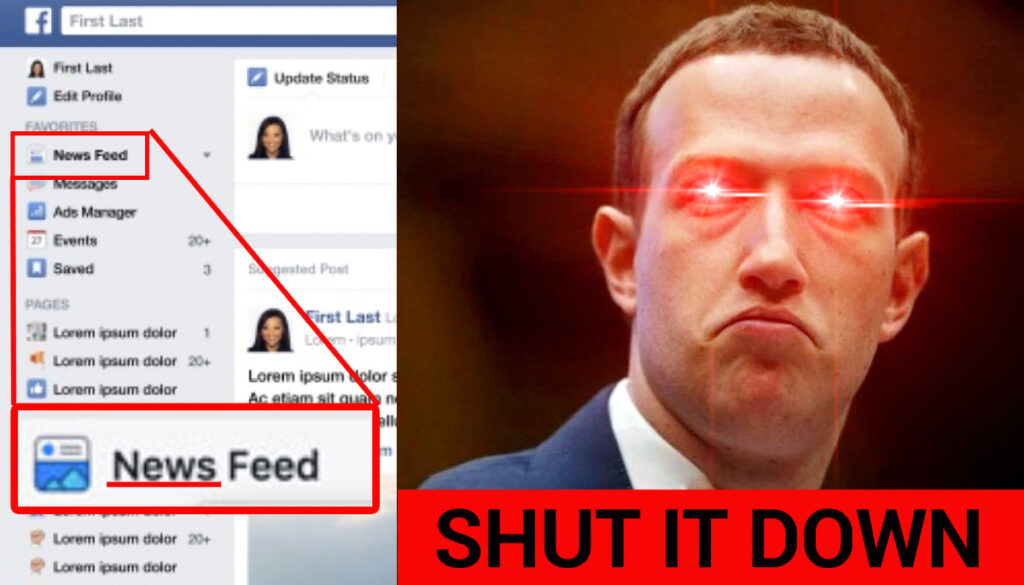 The Facebook corporation has today shut down their entire company, after CEO Mark Zuckerberg noticed that the term ‘news feed’ suggests the popular social media app might actually be a news site all along.

Inside sources say this was mostly just a one gag idea, and reporters are now questioning how exactly they’re going to flesh this story out over another three paragraphs.

“Yea to be honest it was just a stupid wordplay headline,” said one person present at the scene. “To be honest the only reason we really published it is as an excuse to make the Zuckerberg meme image.”

However, many readers have expressed the opinion that it doesn’t really matter anyway because most people won’t even click through to the article in the first place. “Yea to be honest I’ll normally just chuckle at the headline on Facebook and then scroll on,” reported one reader. “No idea why all these news sites aren’t making any revenue from ad clicks. Facebook really should pay them for content or something. WAIT NO DON’T BAN ME T…”