National
Fact-checker takes stress leave after Morrison claims he has never told a lie before
November 12, 2021 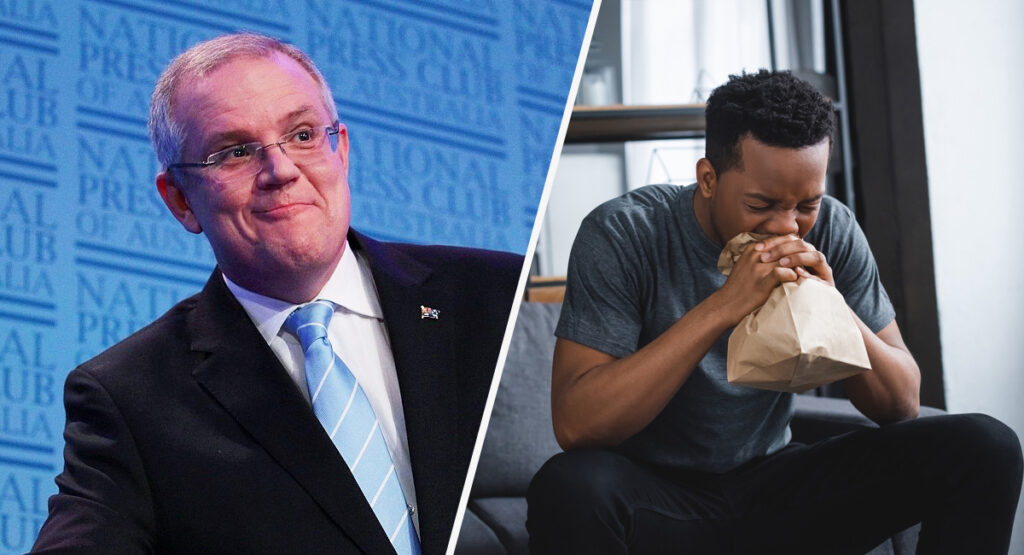 A mental health warning has been sent out to all fact-checkers in the country after Prime Minister and pathological liar Scott Morrison told another lie this morning, when he told radio host Neil Mitchel that he has never told a lie while holding office.

This blatant lie about his previous lies, which also includes some other lies about whether he had lied, has left many fact-checkers in a state of mental anguish with some taking stress leave while others have been taken to seek treatment after being found in a state where they only seem to be able to scream, ‘Fuck him, just fuck, fuck… fuck off… ahhhh… hehehehehe’ on repeat.

“I can’t take it anymore,” said Damien a fact-checker from Canberra, “how can one person lie this much. Is he physically incapable of telling the truth? Earlier this week I had to fact-check his claim that his electric vehicle policy hasn’t improved. Why the fuck would someone even lie about that?”

“But this, this is, this this this is just gahhhhh. Yes, yes he has told lies, all the fucking time, it’s crazy. I am meant to be fact checking everyone but I am stuck here reading every sentence he speaks hoping one of them will be the truth. So far the only ones seem to be when he said that dictators slaughter women who don’t want to be raped and whether he holds a hose.”