loading...
National
FBI accuses Donald Trump of sending evidence as luggage on Qantas flight in brazen attempt to dispose of it forever
1st of your 1,000,000 free articles this month 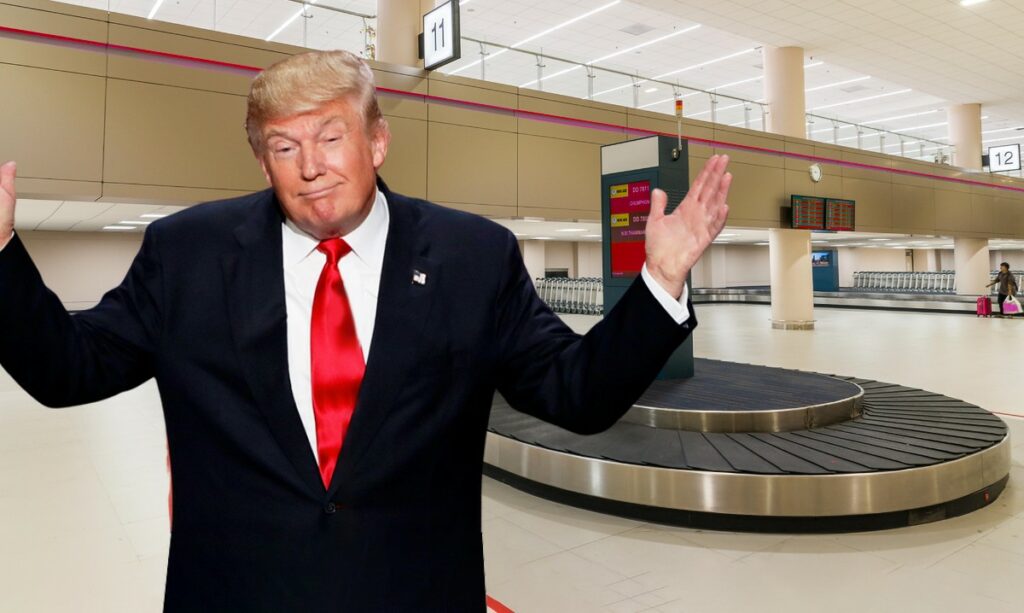 Prosecutors investigating Donald Trump have today given up hope of ever bringing the former President to justice, after it was revealed that Trump had taken all incriminating evidence with him on a short flight with Qantas.

“That evidence could be anywhere by now,” sighed investigators. “Not even our best forensic team has any hope of working out Qantas’s elaborate baggage disposal network.”

CEO for Qantas Alan Joyce meanwhile has denied the evidence is lost, stating that everything is perfectly normal, and that the luggage simply wasn’t “game fit” to make it to its intended destination. “The luggage is exactly where we intended it to be right now – which somewhere in the Bermuda triangle,” explained Joyce before giving himself another raise. “It’s a completely standard operation for luggage to fall into a void in the space time continuum. Passengers simply should have prepared for this eventuality ahead of time and packed a second pair of incriminating evidence in their carry-on.”