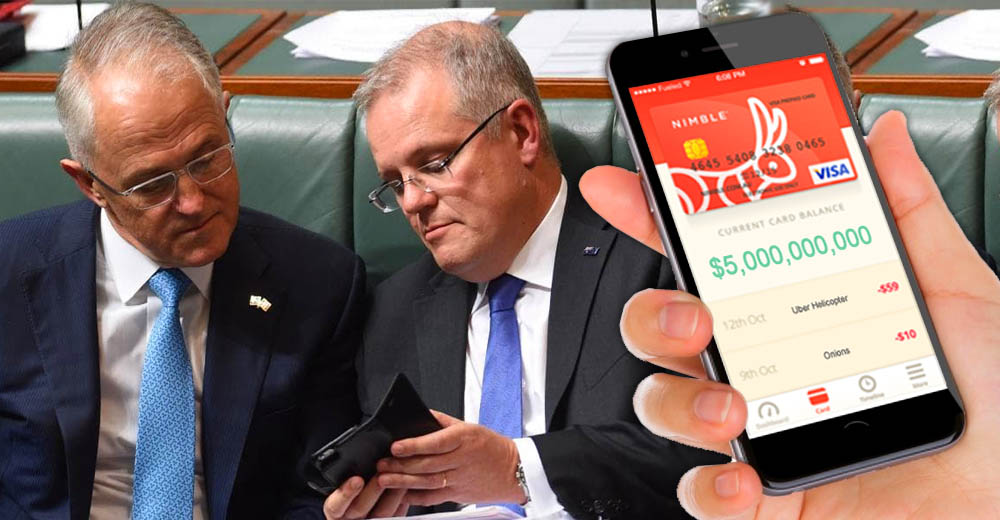 The Federal government has today given the strongest hint yet that the 2018 budget will present a surplus for the first time in years, after the government embarked on a year long project of cutting funding from “wasteful areas such as the CSIRO, the NBN, education, overseas aid, and chemotherapy, which is believe to have netted as much as $15 million in savings, almost covering the cost of Bronwyn Bishop’s gold card travel for the last month.

Asked by reporters if the Liberals were still “the government of fiscal responsibility” despite not having resolved the budget deficit five years after promising to do so, Scott Morrison was then seen taking out a quick $5 billion Nimble loan under the table, before announcing to journalists that “the budget crisis has been solved”.

Questioned what the government intended to do with the new surplus, Morrison said that it was the government’s resolve to use the money to pay off the 30% interest that they would be gaining on the Nimble loan every day until they pay it back – right after they buy a new 8′ flatscreen for the partyroom, and give big business another tax break.