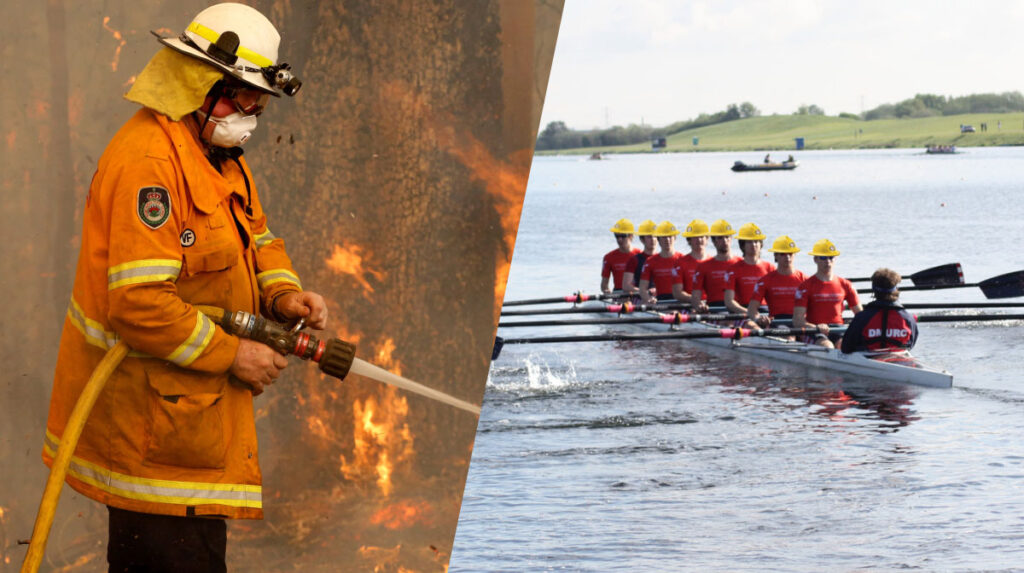 The NSW Rural Fire Service has today announced their restructuring as a private North Show sporting club, in order to have a better chance at attracting millions in federal grants and funding.

“We’re very pleased today to announce the new NSW Rowing Fire Service,” announced the fire chief today. “This follows the lead of our already wildly successful Rural Fire Shooting club, which has been gifted a generous $100,000 grant by Bridget McKenzie to ensure all firefighters are able to afford flamethrowers to fight the fires with fire.”

The Rowing Club has also revealed an extremely successful new programme of building tennis courts in the path of all fires, in order to raise thousands for the local Fire/Rowing club. “It’s been great for everyone involved,” explained one local firefighter. “The community gets new sporting facilities, and the fire fighters can finally afford some new ‘tennis masks’. Only downside is all the Labor electorates that got wiped off the map. If only they had some brand new sporting facilities in need of a million dollar upgrade.”