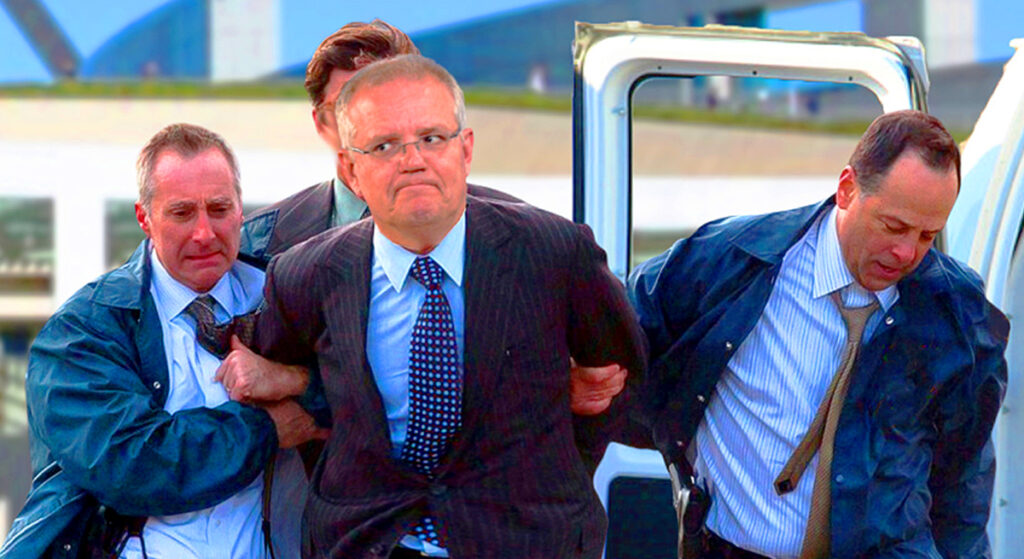 Prime Minister Scott Morrison has today been extradited to Guantanamo Bay, after anti-terror forces became worried that he may be involved in some kind of a joke. Hearing people laughing when the Prime Minister announced that his “vaccine plan was running smoothly”, the Fixated Persons Unit sprung into action, by kicking his dog before placing the Prime Minister under arrest.

“We have ascertained that the man in our custody was in possession of a number of potentially deadly jokes, from his budgeting skills to the idea that he is following Jesus’s teachings by locking up children in an island prison,” explained the head of police this afternoon. “We also have heard reports that he has met John Barilaro at least twice, which has placed him at the very top of Interpol’s most wanted list.”

Police say they are lucky to have acted when they did, with Mr Morrison setting off a skatterfire of jokes only moments after his arrest. “No I was being serious, the vaccine rollout really is going great!” said Morrison to fits of rapturous laughter. “No really, it’s almost as well run as my quarantine system! Why are you all laughing!?”