WRITTEN BY
Georgia Kriz
For The Chaser 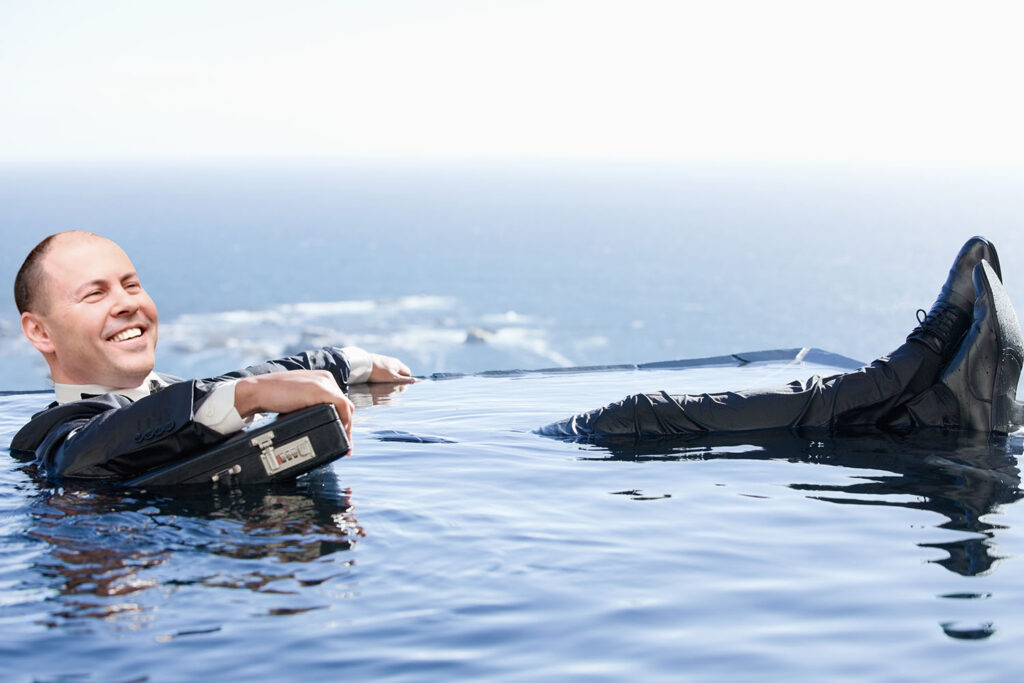 In an effort to stamp out widespread abuse of taxpayer funds, the Parliamentary Standards Committee has today declared that they will require all MPs and Senators to attend a conference on the ethical declaration of personal expenses.

The conference will be held in Hawaii in November, with all attendees flying via the Canary Islands and staying there for over a week in order to attend the christening of a baby they all know.

Asked how the government will be paying for the conference and travel, Prime Minister Scott Morrison said it had all been costed and budgeted for, with the trip technically being eligible for a regional sports grant if they make sure they play at least one game of Marco Polo each day.

This hands-on method of tackling political issues is also being employed at a state level, with the NSW branch of the Labor Party organising an anti-corruption seminar that will be compulsory for all members to attend.

Asked who will be running the country while every MP is undergoing training in Hawaii, a representative for the government explained that contingencies are already in place, with a team of recently recaptured baboons from Sydney’s Inner West being flown down to Canberra to continue running things as normal.

WRITTEN BY
Georgia Kriz
For The Chaser