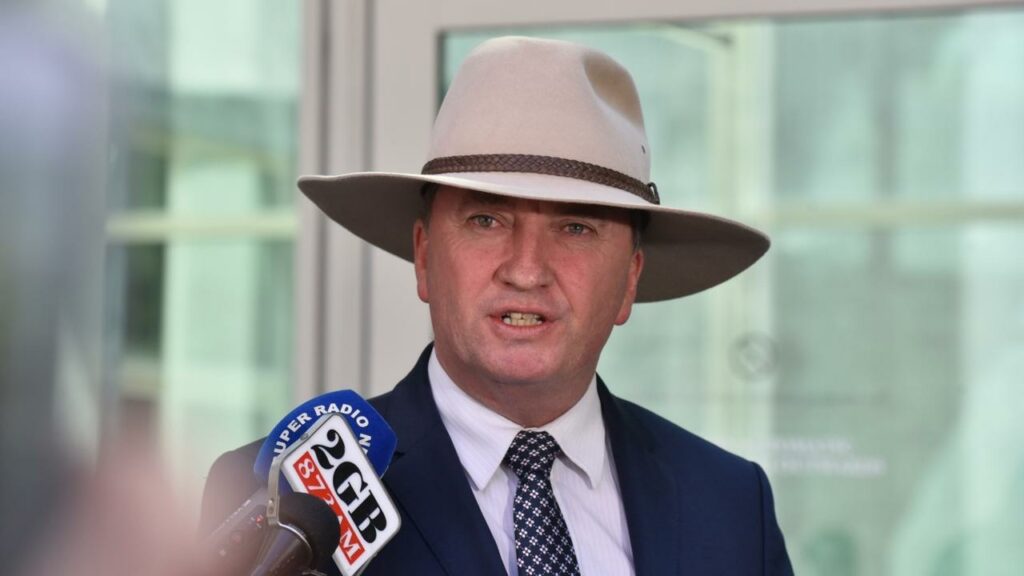 Deputy Prime Minister Barnaby Joyce has received criticism over an appearance on Sunrise this morning where the freedom of speech warrior demanded that former PMs Turnbull and Rudd be silenced so they can’t criticise Scott Morrison anymore.

“They should not be free to speak out,” said Joyce, “they need to be made to shut up. Someone needs to silence these buffoons and their cancel culture ways, they need to be muzzled.”

“You see Kochie, I am a very real farmer myself. And as we say on the farm; those two are like when you turn on a tractor but the tractor has no gas and makes that noise like when your car wont start so your wife leaves you because you impregnated a junior member of staff and claimed she was lying, then your stuck with politics forcing itself into your life because you work in politics, so you wake up smelling like horse shit and wearing an Akubra that looks like it has never seen sunlight. I am sure that some of you inner city elites wont be able to relate to that statement but I don’t care.”

In response to the backlash over his rant, Joyce has told the Chaser that:

“People just cant handle any criticism anymore and idiots feel the need to stick their necks out to defend someone else from any criticism. That’s all, and if the woke brigade don’t like it than well they can go cry to Macron, like the traitorous scumbags they are. How dare they criticise Morrison, I will stick my neck out to defend his hurt feelings if I have to. I am deeply offended on his behalf. You all deserve to be cancelled.”