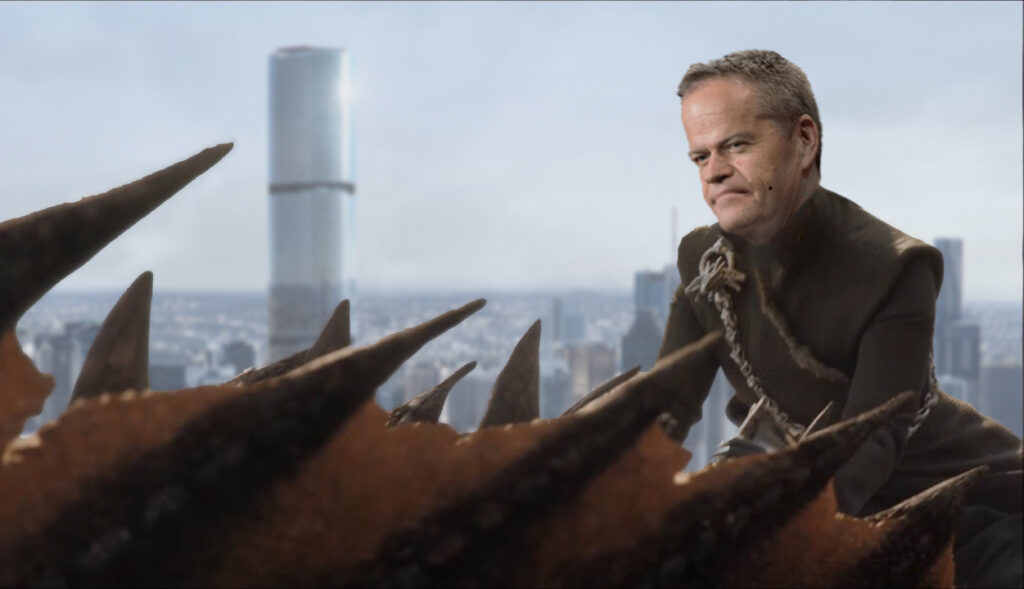 Former Labor leader and failed Prime Ministerial candidate Bill Shorten has today graciously accepted defeat at the hands of a surprise Coalition win, thanking friends and supporters for all their hard work, before staring wistfully at Parliament House, unleashing an ungodly roar, and and flying off on his dragon to everyone’s shock and surprise.

Informed that Shorten was last spotted in the skies above the Gold Coast and heading north, electoral analyst Antony Green said this result was not predicted by his election computer.

“Clearly there’s been some kind of error here,” said a confused Green as he meddled with the numbers. “I had no indication the previously placid Bill would suddenly unleash some kind of unhinged murderous tirade against Australia’s North East. According to our all our modelling Bill should have simply stood down and taken up a career as a lettuce farmer of some kind. Boy, this could have done with a bit more foreshadowing.”

“I should be clear though,” Green continued, “We’ve always said that on a two party basis, there was a 48% chance of fire and brimstone. We’d just thought it was more likely to come from that guy that bet $1 million on Labor winning. Poor guy.”