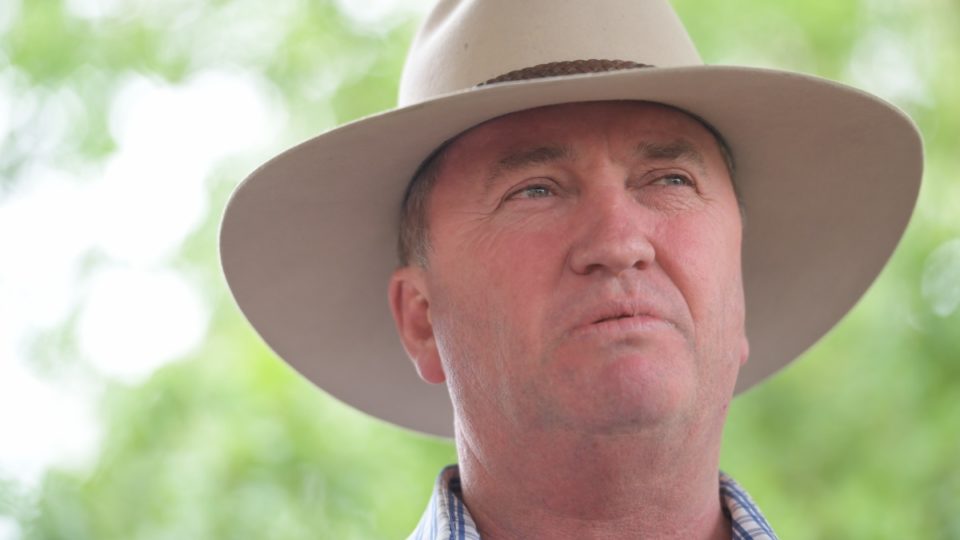 Barnaby Joyce has today launched a stunning tirade against gay people and the damage their relationships are doing to the institution of marriage, calling them “promiscuous” and “unholy”. Stating that he would do everything in his power to bring an end to this un-biblical atrocity, Barnaby then rolled over in bed and asked his pregnant mistress “and so what are you up to today honey?”

The news of Barnaby’s tirade has come as no surprise to those who know the Deputy Prime Minister, who say he has always been a tireless campaigner for the institution of marriage. “From the time he warned that Asia wouldn’t take us seriously if we legalised gay-marriage, to the time he told marriage equality campaigners to get out of people’s faces, Barnaby has always put traditional marriage first,” said one of his staffers “In between times when he’s not cheating on his wife that is.”

Banaby has also hit back against potential criticism of his position, stating that he was simply taking the everyman view to the issue of gay marriage, which is that Australians are sick of hearing about gay-rights. “I just wish homosexual people didn’t want to rub their relationships in our faces,” said the man who’s most recent sexual relationship was blasted out on the front page of every major national newspaper. “If there’s one thing they could learn from me, it’s a lesson about keeping their unholy relationships on the down-low.”

Joyce could not be reached for further comment on this piece this morning, due to a prior engagement to commit an unholy act with Johnny Depp’s dogs