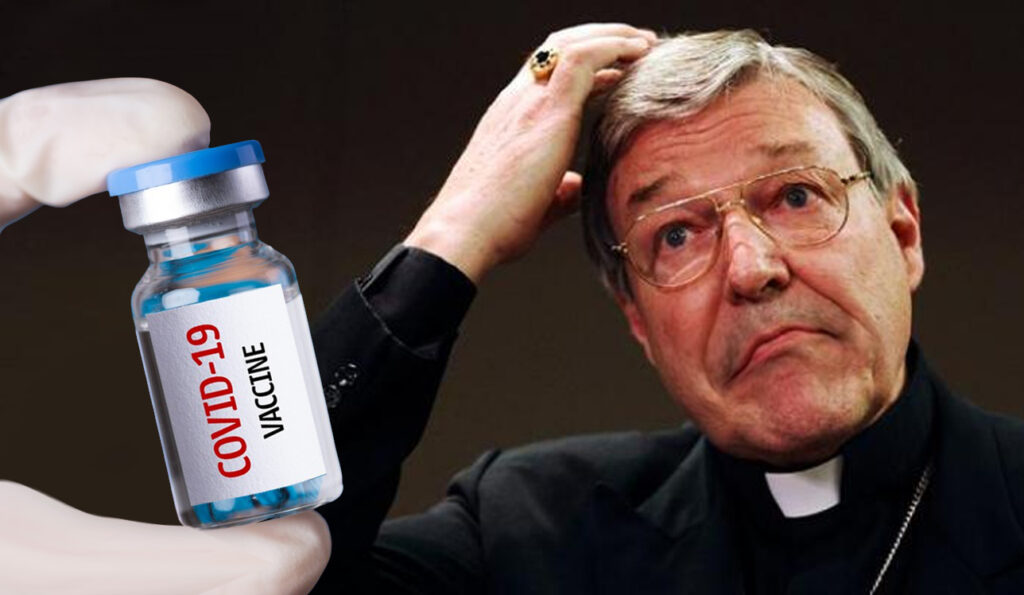 A local man who just happens to share a name with a famous Catholic Priest, George ‘Not that one for legal reasons’ Pell has today been arrested attempting to have sex with the new COVID vaccine. The man, who is definitely not that particular George Pell, said he suddenly became very sexually attracted to the vaccine around the time that he learned that it was made from the cells of children, and that he simply couldn’t control himself any longer.

“Oh boy I just can’t get enough of fondling children,” said the man who is definitely not Cardinal George Pell. “I definitely didn’t help cover up an epidemic of child molestations for years across multiple states while also accused of the same thing but got off Scott free because the courts demanded an impossible burden of proof. Ho ho ho, boy wouldn’t that be awful. Good thing I’m not Cardinal George Pell isn’t it everyone?”

However, researchers have hit back at the claims that the vaccine contains children’s cells, pointing out that the cells are actually 20 years old now and are clearly too old for George. “If anything that’s more in Alan Jones’ ballpark,” explained scientists. “Not that Alan mind you, another one.”

Update: Andrew Bolt has since come out in defence of Pell, stating that the vaccine was probably asking for it