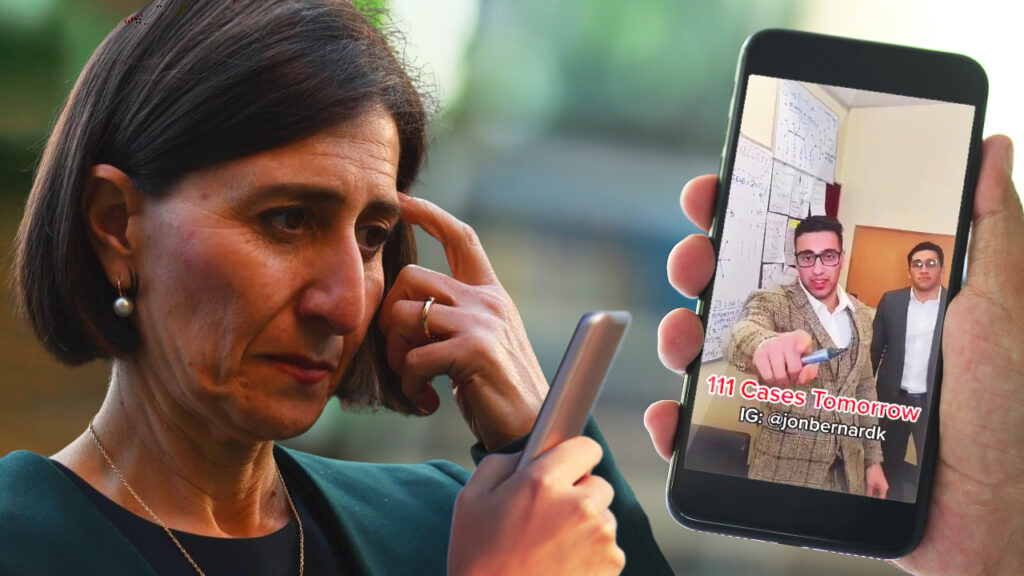 NSW health has saved millions of dollars and drastically cut down on Covid positive reporting times today, after the state government decided to forgo testing in favor of just getting their daily updates from TikTok.

“I’ll be with you all in a moment, I’m just watching a very funny video where people play instruments along to a cat lapping milk,” said Gladys after stepping up to the podium for today’s Covid update. “Okay so today’s number is… oh bother, sorry I can’t really read it, why do they always put the subtitles under the video caption!? Lets just assume the numbers are bad.”

The efficiency of scrapping the health department is just one of many savings the NSW government hopes to make by moving all civil service work to social media. “We’ve already had great success moving all teaching onto Zoom, and we’re also trialing a new method of the police force operating via Facebook,” continued Gladys. “Unfortunately that one had to be paused after they all got banned for demanding minors take off their clothes. Apparently Facebook’s a lot more strict about that stuff than the NSW police force. Some nonsense about it being ‘grossly illegal’.”