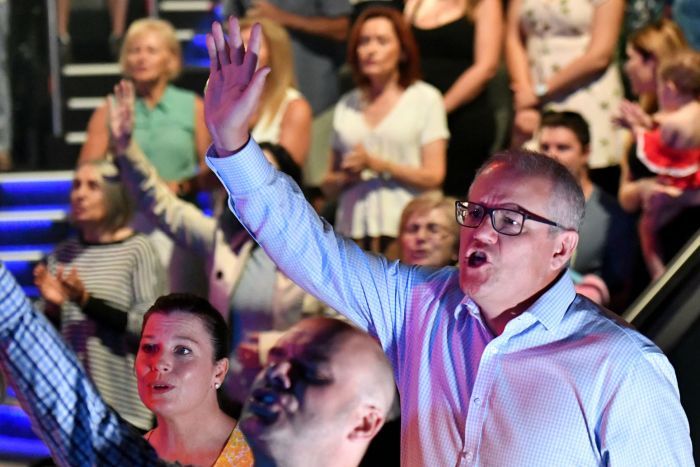 Scott Morrison has thrown something much more potent than money at the economic downturn facing Australia: thoughts and prayers.

Announcing a sweeping package of hope-based initiatives, Mr Morrison vowed to pass the Religious Discrimination Bill in the coming days.

“This is a comprehensive, decisive plan to divert attention away from the lagging economy,” Mr Morrison said in a media conference.

The plan will unleash an extra 10 billion thoughts and 5 billion prayers at the economy to try keep the Australian economy afloat during the Coronavirus crisis. This is on top of existing thoughts and prayers.

Theologians say the last time a package of this size was unleashed was during the Black Plague of the 14th Century. “It was a huge success,” said one theologian. “Sure, a lot of people died, but religiousity and Godliness soared. And isn’t that what it’s all about in the end?”

Mr Morrison said he would not copy Kevin Rudd who relied on economists during the GFC. Instead he will rely on advice from the most respected and well-trusted segment of the population: priests.

Under the Bill, people would be protected if they decided to take the bible literally. Mr Morrison said that this would provide stimulous in all sorts of ways. “For example, Deuteronomy chapter 25 talks about how you should chop off a wife’s hand if she defends her husband. Obviously this will lead to a surge in demand for prosthetic limbs. Australia could become a global leader in the manufacture of posthetics.”

“Leviticus 19:28 says getting tattoos will send you to hell. Clearly this will lead to a surge in laser removal therapy.”

Mr Morrison said that the package also contained support to make sure everyone had sufficient food in the coming months, but refused to go into details. “Put it this way,” he said, “Leviticus Chapter 26 says you will eat the flesh of your sons and daughters. Just saying.”