National
Government struggling to construct quarantine just wishes it was employing some kind of builder for $350,000 a year
July 19, 2021 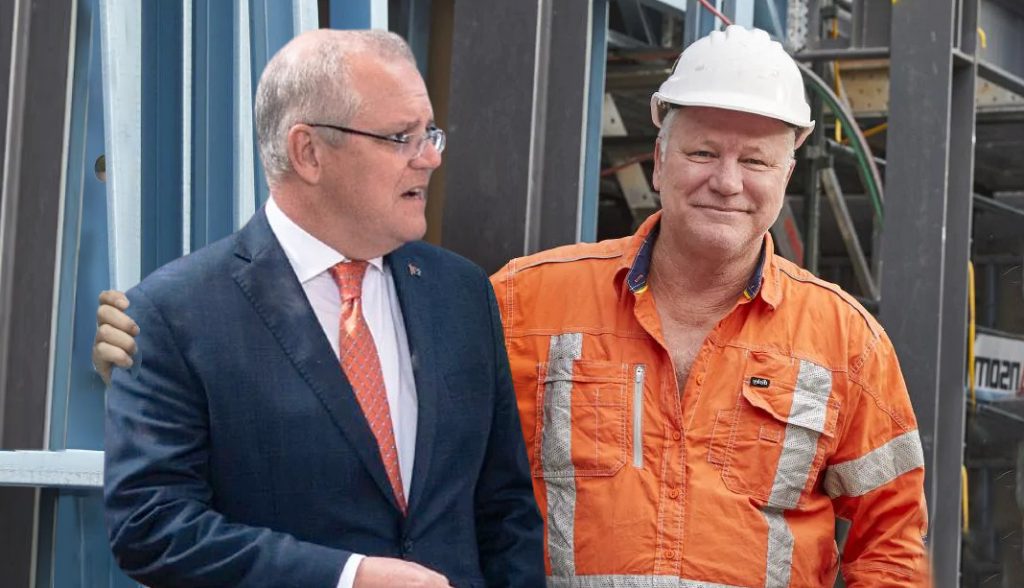 Mutli-millionaire TV celebrity and part time tradie Scotty Cam has today offered to help with the government budget, by knocking 5% off their billion dollar quarantine construction project if they make it cash-in-hand.

“Yea look mate, it’d just save us all a lot of paperwork,” Scott was heard telling the Prime Minister this afternoon, “If you could work out a way to get the fifty mill in pineapples by this arvo I could even throw in a free water feature in your office, no extra charge.”

However, Morrison was hesitant, pointing out that there was a microphone above their heads. “Haha Scotty, what a joker!” Morrison was heard shouting, “I definitely don’t want you to MEET ME BEHIND PARLIAMENT IN ONE HOUR TO DISCUSS SUCH AN ILLEGAL PAYMENT. HAHA.”

Asked what he would be doing with the potential savings, Morrison said he would be using the money wisely, given that the Liberal Party are such financial pragmatists. “First we’ll build a few hundred carparks and women’s changerooms in some electorates that don’t need them,” explained Morrison, “Then we’ll give Rupert Murdoch $30 million to broadcast women’s sports for no discernable reason. After that if there’s any money left over after that we might throw a few dollars at public schools.”

“Specifically to install more chaplains, of course. Wouldn’t want them wasting it on textbooks.”